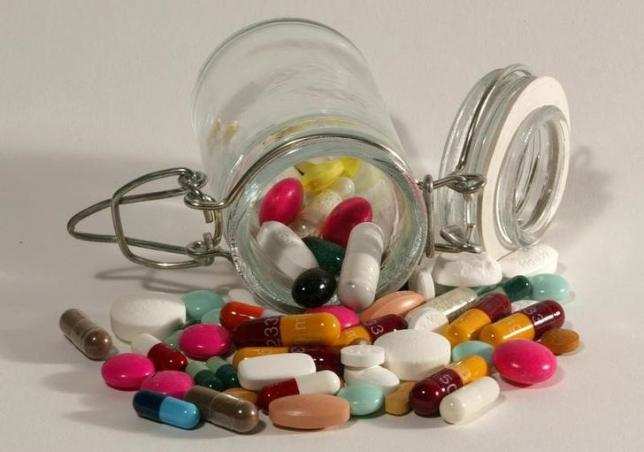 Pharmaceutical major Novartis India reported a 600% jump in its net profit at Rs 103.82 crore for the quarter ended September 30, 2015 on the back of slump sale of its OTC division to GlaxoSmithKline Plc for Rs 109.7 crore. It had posted a net profit of Rs 14 crore a year ago.
Advertisement

The stand-alone total income from operations of the company declined 4.4% to Rs 224.43 crore during the reported quarter, from Rs 234.79 crore in the year-ago period.

"Proceeds of Rs 1,09.7 crore from slump sale of the OTC division to GSK CPL has been accounted for in the quarter ended September 30, 2015 results," said in a statement.

In January, its board had approved a slump sale of OTC business to GSK Consumer.

Advertisement
Its parent Novartis AG also recently agreed to create a consumer healthcare joint venture with GlaxoSmithKline in which GSK will own a 63.5% stake while Novartis will own the remaining 36.5%.

Last year, another deal was signed between Novartis and GSK where GSK will acquire Swiss major's vaccine business for $7 billion, while Novartis will purchase GSK's cancer drugs portfolio. The two companies will also combine their over-the-counter drug businesses under Glaxo’s management.

In April last year, Novartis had agreed to divest its global animal health business to Lilly by transferring it to Elanco India, an affiliate of Lilly.

"Proceeds of Rs 86.6 crore from slump sale of the animal health division to Elanco India have not been accounted for in the quarter as the transaction is subject to legal and regulatory approvals," Novartis said in the statement.

In January this year, Novartis AG completed sale of its animal-health division to Eli Lilly & Co for $5.4 billion as part of the Swiss drug giant’s portfolio overhaul.

Advertisement
The sale of the animal-health division is part of a complex overhaul of Novartis that will enable it to focus on three core businesses—pharmaceuticals, eye care and generic drugs.

Of late, Indian pharmaceutical sector has been seeing intense M&A activity. In March, Sun Pharmaceutical Industries completed a $3.2 billion acquisition of Ltd to create India’s largest drug maker, with a local market share of 10%, and the world’s fifth-biggest generic pharmaceutical firm by revenue.

The deal was closed after Sun Pharma faced mounting challenges procuring approvals from authorities including the courts, capital markets regulator and anti-trust watchdogs in India and the US. Sun Pharma and Ranbaxy also overcame allegations of insider trading that cast uncertainty over the deal.

Other Indian pharma firms also have been aggressively looking at acquisitions in order to gain faster and easier access to new territories, increased balance sheet strength and new drug molecules.

In July, Lupin acquired Russia-based ZAO Biocom for an undisclosed amount, entering a country that will be one of the top eight markets for drugmakers by 2018.

Domestic M&A activities have also been gaining traction among drugmakers as they have been trying to leverage favourable valuations. In May this year, Torrent Pharma acquired ZYG Pharma Pvt Ltd that manufactures dermatological formulations such as creams, ointments, gels and lotions. This came after its December 2013 acquisition of Mumbai-based Elder Pharmaceuticals Ltd for around Rs 2,000 crore that gave it access to Elder’s brands in women’s healthcare, pain management and nutraceuticals.

Outbound M&As in the pharma sector have specifically been driven by an increasing appetite among drugmakers for acquiring firms that have approved facilities outside the country and whose products are sold in expanding overseas markets. Indian drugmakers have also been looking for intermediaries and distributors with established, large distribution and marketing networks as snapping such players would help them market own products in international geographies.

Advertisement
The series of acquisitions has also enlivened investors’ interest in pharma companies.

According to a recent study by PricewaterhouseCoopers, India is expected to be one of the top 10 pharmaceutical markets by sales and reach a value of around $50 billion by 2020.

Indian pharma firms are already among the global leaders in producing generics, accounting for more than 20% of the world’s generics. According to PwC, around $70 billion worth of drugs are expected to go off patent in the US over the next three years, and India is capable of manufacturing a substantial share of the product to support the resulting generics opportunities.