Now, an app that gets you a digital identity through number and removes language barrier 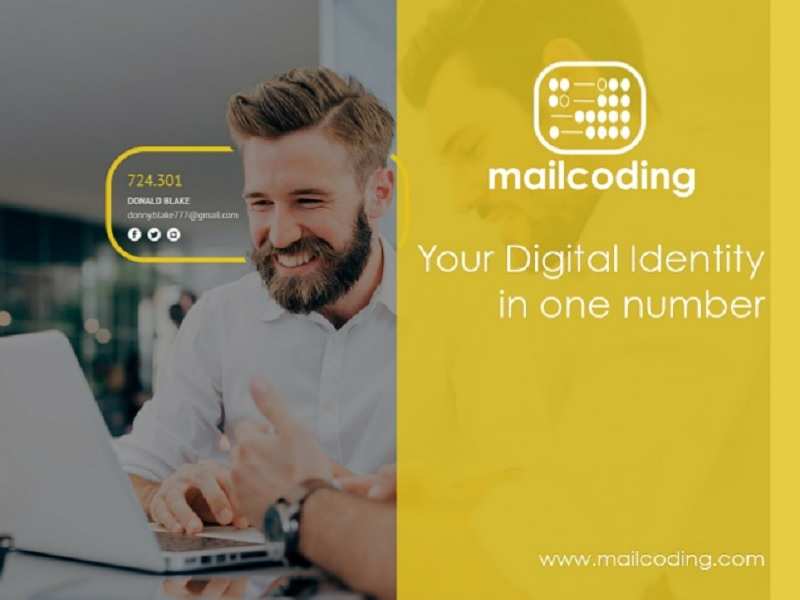 Applying for a job in France, Italy or ? The allure of fat paychecks cannot be ignored. But the language barrier is something that makes you tensed.

Mailcoding is an online service that simplifies the management and sharing of personal , offering each user a unique number. Now all your identity would be rolled into a code and can be sent to anyone.

It has been created to facilitate the connection between people around the world, and aspire to break down language barriers using the numbers, and to eliminate spelling errors and misunderstandings between users of different nationalities.
Advertisement

The Mailcode is a personal number which is associated with a broad set of personal data such as name, phone number, email address, company accounts, blogs and websites.

Sharing mailcode, instead of a long list of data and personal contacts, facilitates communication eliminating possible misunderstandings and spelling errors, especially between people of different nationalities. The user who receives the mailcode can access contact information that the owner of the code has decided to make public.

The service thus also solves the problem of managing and sharing its presence on different channels, namely the widespread identity, defining uniquely the digital identity of each with one simple number.
Advertisement

The idea came a few years ago by a difficulty faced by the founders: the lack of understanding that is generated when we exchange contacts by voice, especially among people of different countries speaking different languages. The risk is to not get an email or miss an important contact for a spelling error and transcription.

Numbers are unique and known as a global and universal language understood by many. aims at becoming the standard way to define and share digital Identity, and bringing more transparency and clarity in people's online relationships.
NewsletterSIMPLY PUT - where we join the dots to inform and inspire you. Sign up for a weekly brief collating many news items into one untangled thought delivered straight to your mailbox.
CAPTCHA: