Now enter the US via its ‘domestic arrivals’ gates 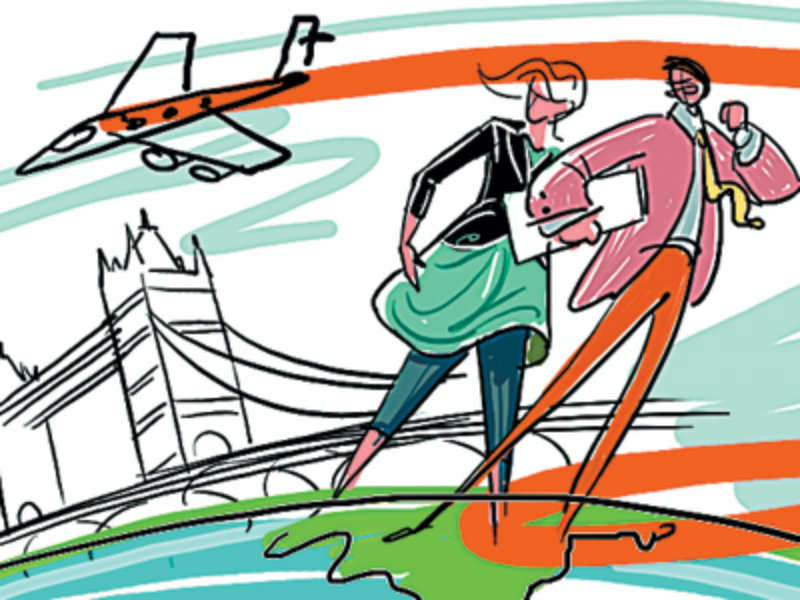 The (AI) has asked the to help it get the US Customs and Border Protection () facility at big airports like Delhi and Mumbai that would help America-bound passengers to land there as .
Advertisement

With the help of the CBP facility, flyers from Delhi and Mumbai can clear all immigration, customs and agriculture inspections required by the US at the airports during their departure, according to a TOI report.

While Dublin's has had the US pre-clearance travel facility for years, AI began to feel the heat when also got this facility recently.

Moreover, — the only other Indian carrier that flies (though one-stop) to US — is an equity partner of Abu Dhabi's Etihad. It has plans to fly from 23 Indian cities to Abu Dhabi, feeding huge traffic from India to Etihad's west-bound flights.

Advertisement
The US pre-clearance is a big draw for flyers to America as it allows them to avoid serpentine queues at US airports. "The Jet-Etihad combine is weaning away passengers from our nonstop flights to US, especially as Jet feeds Etihad's flights to US from large number of Indian cities. Dubai and Doha airports are also going to have the US pre-clearance. In such a situation, Delhi and Mumbai — from where AI has nonstop flights to US — need a similar facility for AI to remain competitive and take on the growing might of the Gulf carriers here," a senior AI official told TOI.

Meanwhile, AI's request comes at a time when the airline is planning to expand its wings in America. It is eying at least five new destinations in the US: San Francisco, Dallas, Houston, Washington and Boston. AI, currently, flies to New York and Chicago, the only Indian carrier to have nonstop services to North America. "We are looking at these five new stations in the US. Depending on aircraft availability, we will launch flights to some of these places by this winter," said an official.

The expansion plans come as the recently upgraded the Indian directorate general of civil aviation, a move that allows Indian carriers to add American cities on their network.
(Image: Indiatimes)