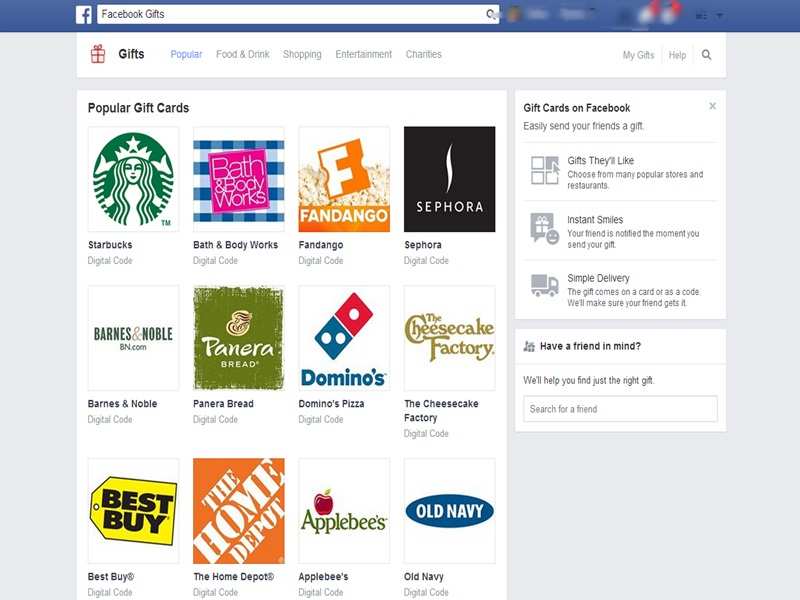 Popular social networking website will official shut down its on August 12. According to a statement issued by the company, Facebook wants to focus on helping businesses and developers boost their sales via the site.

When the Facebook gifts debuted in September 2012, it allowed users to send teddy bears, cupcakes and socks to friends. The gifts came from more than 100 retail partners. Later, started filling the shelves of its web and mobile marketplace with , belonging to companies like Starbucks, Target and 's store.

Last year, Facebook had stopped selling physical goods and went ahead with only gift cards. Now, it’s sending its entire gift business to the grave.
The social network has confirmed on Tuesday (June 28) that Gifts will be no more. "We'll be using everything we learned from Gifts to explore new ways to help businesses and developers drive sales on the web, on mobile, and directly on Facebook," said a spokesperson.

With this step, it appears that the Gifts service wasn't doing much for the company. Apparently, a refocus on helping businesses boost their sales might seem to make sense, instead of just being an online marketplace itself.

If we remember, the company had announced on July 17 that it was testing a ‘Buy’ button that enables users to purchase items through ads they see on their feeds. This will not direct users to merchants’ websites, instead Facebook will take care of the purchases directly within its network.