Panasonic to launch 11 smartphones in the next 45 days, says it's not looking to gain market share 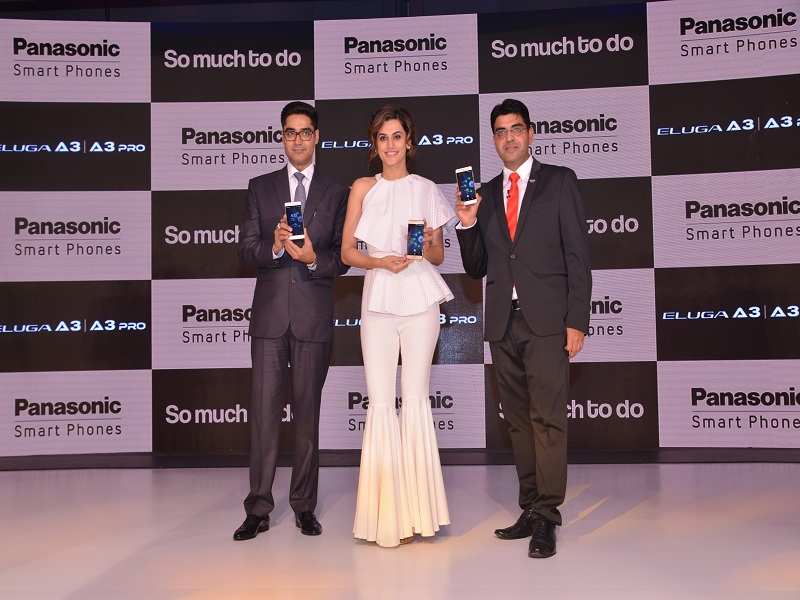 has almost suddenly realized what it has been missing out on in India and that's the market, which happens to be the fastest growing smartphone market in the world. Today the Japanese electronics giant announced that its going to launch 11 smartphones in the next 45 days leading to the festive season here in India. Starting with the launch of two new phones Eluga A3 and A3 Pro priced at Rs. 11,290 and Rs. 12,790 respectively.

Panasonic sees India as their main growth market for Mobiles and in April this year, Panasonic took over from their distribution partner and started handling the Mobile business independently. The company has already hired over 400 sales people and about 150 R&D employees to work in the mobility division of the company. It is the biggest announcement for Panasonic mobiles so far and the company says it's just the beginning. Panasonic is already gearing up for a much bigger launch by the end of the year where it is planning to launch a series of premium phones that will cost upwards of Rs. 20,000. So, it&rsquo;s clear that the company is aggressively trying to find a space for itself in the Indian smartphone market.
Advertisement

With the kind of competition Panasonic has in India now, one would expect nothing but aggression from Panasonic but the company says that the strategy is not to gain market share, Pankaj Rana, Business Head, Mobility Division, Panasonic India says, &ldquo;Market is tough but our objective to be in this business is not gain market share or create huge turnover or huge volume, we want to be in the hands of young customer of India. Our strategy to enter into the mobile phone business is to create big synergy for brand Panasonic in the Indian market.&rdquo;

Panasonic also wants to cash in on the existing offline presence it has in India. It has been selling its home appliances for a long time in India and the new smartphones will already have offline presence through the Panasonic brand stores. Many smartphone players in India like , , Moto have invested heavily to up their offline presence in the last two years in order to penetrate the market better. Advertisement
With presence of about 300 stores, Panasonic may have an upper hand as it does not have to invest in infrastructure in the country but it is not going to be easy for the electronics major to find a space in the now over crowded -mainly Chinese brands- smartphone market of India.