Paris Agreement: Why a shift away from fossil fuels is crucial 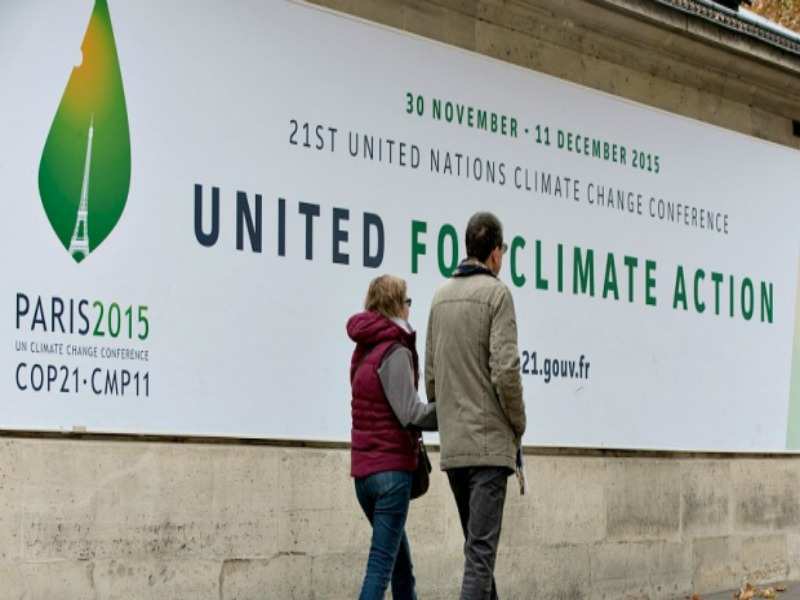 The climate pact signed by over 200 countries in Paris in the second week of December, setting a new goal to reach net zero emissions in the second half of the century, has hastened the transition away from fossil fuels and to a clean energy economy.
Advertisement

Given the toll that burning coal and oil takes on climate and human health, a possible end of the fossil era is too good to be true.

However, for billions of people battered by air pollution caused by burning of fossil fuels—especially those in cities like Beijing, Delhi and Tehran that are choking with dirty emissions—it is likely to a long wait before the fossil fuel reduction targets are achieved.

Over the past 200 years, humans have made a huge effect on the carbon cycle. One of the biggest changes to the carbon cycle has occurred as a result of the widespread use of fossil fuels.

Burning fossil fuel releases carbon dioxide that adds carbon that has been out of circulation for millions of years directly to the atmosphere.

Scientists believe that if humanity wishes to preserve a planet similar to that on which civilization developed and to which life on Earth is adapted, CO2 will need to be reduced from current levels to at least 350 ppm.

The statistics are alarming: More than 4,000 Chinese die daily from air pollution.

In recent times use of vehicles run by fossil fuels have been reduced in many cities in Iran and Italy—besides the Delhi government’s decision to allow vehicles with alternative numbers to enter the city going ahead to reduce the number of vehicles by half—in efforts to clean up the toxic air.

According to WHO, toxic air causes premature deaths of more than 7 million people every year.

Advertisement
India, whose rapidly growing population is hugely dependent on coal, is likely to have severe repercussions. A recent study found that 660 million Indians lose an average of 3.2 years of life due to exposure to air pollution. Experts warn that the tragedy that is unfolding is threatening to escalate going ahead.

The murky picture that is emerging as a result of reliance of fossil fuels has led to renewed focus on a shift towards alternative energy sources to run vehicles and in turn to enhanced development of electric vehicles (EVs) and vehicles run by hydrogen fuel cells (HFCVs).

The ongoing talks between Google and automaker Ford Motor Co to help build the Internet search company's autonomous cars is seen as part of the emerging initiatives to move towards vehicles that reduce emissions.

Electric vehicles are cleaner than petroleum-fueled vehicles and seen as a partial solution to global warming. Using low carbon power electric car emissions are about a quarter of an inefficient gasoline car and half that of a top hybrid.

The recent launch of Tesla's long-awaited Model X electric car has created a lot of buzz. But given its huge pricing—$130,000 per car— it will be long wait for most environment-conscious car enthusiasts before seeing a palpable shift from fossil fuel-powered cars to EVs.

Advertisement
However, since the release of the all-electric Nissan Leaf in 2011, an increasing number of automakers have jumped on the battery-electric or plug-in hybrid bandwagon.

Between 2016 and 2020, 24 new electric car models are expected to be launched in the US alone. Also, competition for the luxury Tesla Model S—which has about a 265-mile range between charges and costs between $70,000 and $105,000—has been mounting from mainstream car makers—Audi, Porsche and Mercedes are investing heavily on .

As competition grows tougher, price of EVs is expected to fall. In fact, besides battery cost, costs of motors and controllers have started dropping significantly. Taking a leaf from what happened to price of computers and smartphones, experts say as more electric cars are made, the sticker price of EVs will be equal to that of a similar-sized gasoline car within 10 years.

Along with EVs, HFCVs are also gaining acceptance and momentum. Global automobile major Toyota is betting big on hydrogen fuel cell cars and is aiming to encourage an ecosystem of fuel cell suppliers and hydrogen fueling stations to enhance its plans to focus more on manufacture of HFCVs.

However, the fact that HFCVs are more expensive—even if fuel-cells become cheaper and hydrogen production reach a critical mass, it will still be at least three times more expensive to power an HFCV car than an EV—will prove to be a drag on mass production of HFCVs in the near future.

Advertisement
However, as the perils of continued use of fossil fuels become more evident, countries across the globe are encouraging production of EVs and HFCVs, through tax cuts and subsidies, hoping vehicles driven by non-fossil fuels will help humanity combat .