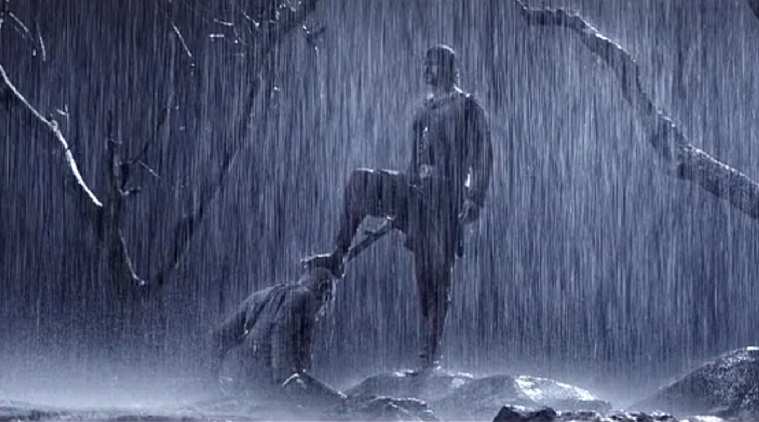 Ever since Baahubali: The Beginning hit the theatres and the entire country was done feasting their eyes on the magnificent visuals on the screen, we’ve all been left asking just one question- Why did Kattappa kill Baahubali?

And, now, after more than a year’s worth of waiting- it looks like we may be able to fit the pieces of the puzzle.

It all started when an unverified account on Twitter leaked a few images from the sets of director SS Rajamouli’s Baahubali 2 online. The pictures are from the film’s pre-climax scenes from Rayalseema in Andhra Pradesh. It is reportedly believed that these pictures were taken during the film’s shoot at a granite quarry in the region.

One glimpse at the pictures that are going viral on social media at the moment and you will be able to spot greyish mountains, a water base and a dungeon.

Advertisement
The surprising bit is that these pictures surfaced even though Rajamouli had issued strict orders to the entire cast and crew not to carry any mobile phones on the set. Bystanders weren’t allowed to take any personal recordings as well.

Have a look at the pictures:


Baahubali:The conclusion is slated to hit the theatres on April 28, 2017.
NewsletterSIMPLY PUT - where we join the dots to inform and inspire you. Sign up for a weekly brief collating many news items into one untangled thought delivered straight to your mailbox.
CAPTCHA: