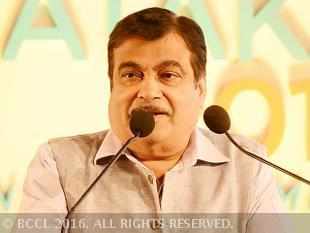 The Centre is working on a proposal to ply an amphibious aircraft on the between Varanasi and Kolkata and has a target of developing 111 waterways in the country.
Advertisement

"There will be trade up to Bangladesh and Myanmar through waterways. An amphibious aircraft will be operated between Varanasi and Kolkata. It will be a cheaper mode of transport," Union Minister said yesterday at a public meeting here.

"620 km-long Farrakha to Patna inland waterway will be completed 6 months," he said.
Electric bikes, buses and cars will also be introduced in two years to boost protection, he said.

"These vehicles will be operated with lithium-ion battery that is used in satellites and rockets. Such an electric bus has been given to Parliament," he said.
Advertisement

The Surface Transport and Shipping Minister said the Narendra Modi government will in five years fulfil the dream of ensuring a clean and pure Ganga.

The minister said there was a target to start transportation from Rameshwaram to Sri Lanka through underground sea tunnel.

He said 5,000 institutes would be set up in the country having facility from driving licence, fitness to pollution certificate and would provide employment to one lakh people.

(Image credits: BCCL)
NewsletterSIMPLY PUT - where we join the dots to inform and inspire you. Sign up for a weekly brief collating many news items into one untangled thought delivered straight to your mailbox.
CAPTCHA: