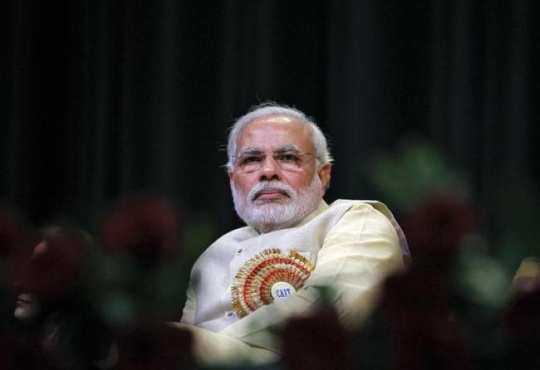 Remember flight MH17 was shot down over Ukraine last year. Keeping such incidents in mind, Prime Minister Narendra Modi will get a safe and secure aircraft as new 'Desi ' is set to be cleared soon.
Advertisement

His aircraft will be equipped with advanced self-protection suites to jam and will beat hostile incoming missiles in the sky and encrypted satellite communication facilities.

Some of its features would be- robust defence systems, including 'radar warning receivers'. It will sound an alert if a hostile radar 'paints' the aircraft before letting loose missiles.

It would also have a better missile-approach warning systems. Moreover, its advanced electronic counter-measures on board will be able to jam enemy radars, along with defence systems geared to shoot metal chaff or flares to throw off-track radar.

The Prime Minister, and other VVIPs will travel in such aircrafts for extra long-haul overseas flights.

Advertisement
Sources told Economic Times, the defence acquisitions council, chaired by Defence Minister Manohar Parrikar, will take up the purchase of two Boeing 777-300 (extended range) aircrafts. They will be acquired from Air India which has many such relatively new wide-bodied planes, especially configured for VVIPs travel and their safety.

These aircrafts will be used in place of ageing Boeing 747 'Jumbo Jets' under 'Air India One'.

"These old aircraft do not have anti-missile defence systems, which the SPG holds is necessary. The decision was taken after a committee of secretaries from top ministries and aviation experts examined the matter," a source told the financial daily.

Last year when Malaysia Airlines flight MH17 was shot down, Modi's 747-400 aircraft was using a nearby air corridor at the same time to return to New Delhi from Frankfurt.

The two modified 777-300 (ER) aircraft will be based with the Air HQ Communication Squadron at Palam.

Advertisement
Though, Air India may still collaborate with the in terms of pilots, engineers and cabin crew, the call sign of the PM's new 777-300 (ER) ride could well be 'Air Force One' like the US president's iconic ''.