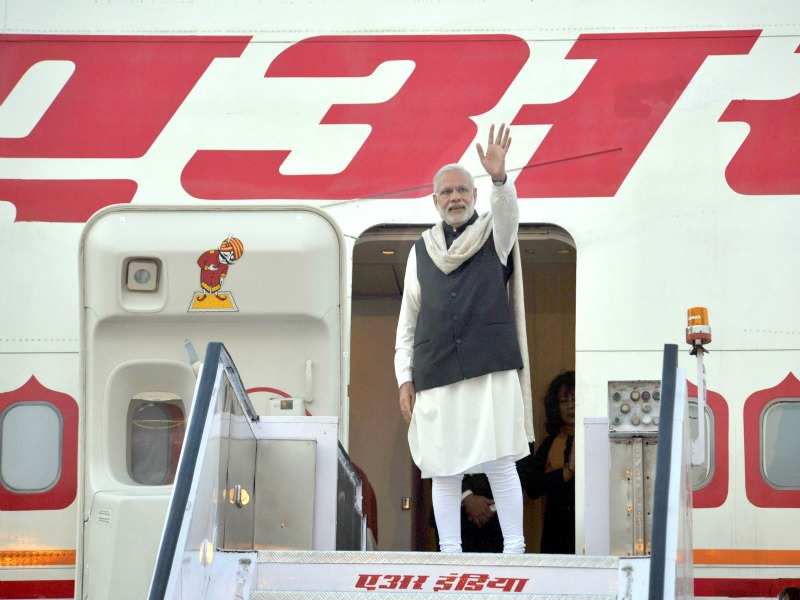 Continuing with his strategy of visiting foreign countries as a means of promoting India as a investment- friendly destination and promoting the ‘Make in India’ campaign, Prime Minister Narendra Modi—the first Indian premier to visit the UK in a decade—managed to clinch deals worth $14 billion during his just-concluded visit to Britain.
Advertisement

The deals span across sectors such as technology, defence, insurance services, finance, healthcare and energy, and include a $4.4-billion investment by Britain's OPG Power Ventures to add 4,200 MW capacity of new electricity generation in Tamil Nadu; $1.4 billion by Vodafone to support the Indian government’s Digital India and Make in India initiatives; $3 billion by the largest Solar power generator in Europe, Lightsource, to design, install and manage around 3 GW of solar power infrastructure in India over five years; $1.8 billion by British technology company Intelligent Energy 's to provide clean energy; and $365 million by Standard Life, Bupa and Aviva in their Indian joint ventures.

The two nations also signed a civil nuclear deal, pledging to collaborate in defence and cyber security. India is also looking at attracting more British investments into India in defence manufacturing. These may include a pact for Britain’s BAE Systems to sell 20 more Hawk trainer jets to India. The UK will also provide technical assistance to develop Indore, Pune and Amaravati to help meet India's ambitious urban development goals.

Riding on the surge in confidence among FIIs, India has received $30 billion in foreign direct investment in the first six months of this calendar year, thanks to a slew of measures taken by the Modi government to revamp the adversarial and oppressive direct tax regime in India, overhaul indirect tax system via GST and attract investment in infrastructure.

The Modi government is also promoting the in the country and is banking on China’s slowdown and promoting India’s investment-friendly destination.

Advertisement
Against this backdrop, it perceives Britain as a key market for the country as an increasing number of Indian corporates are spreading their wings in the UK via alliances and acquisitions. Language for business is also same, laws are similar and Britain is strategically located for reaching European markets.

During his visit to the UK—the first Western country to end a visa ban on Modi, imposed after the 2002 riots in Gujarat, when he was chief minister of the state—Modi rightfully said the UK is India’s gateway to Europe.

The UK ranks 18th in the list of India’s top 25 trading partners (it used to occupy the number one position for long even after India’s Independence) and two-way trade in 2014-15 stood at $14.34 billion. The UK is the third-largest inward investor in India, after Mauritius and Singapore, with a cumulative investment of $22.26 billion between 2000 and 2015.

On the other hand, India is the third-largest foreign investor in the UK. The two countries have signed many bilateral trade agreements. These include the Joint Economic and Trade Committee which was inaugurated in New Delhi in 2005 to boost two-way bilateral investments.

In what is perceived as ‘reverse colonialism’ where non-Western countries impact the West, Indian companies have increasingly expanding their presence in the UK. The growth of India's multinational companies contributed greatly to UK's business and economy. As of 2014, Indian companies in the UK generated over £19 billion. They have also employed more than 100,000 people in the UK.

Advertisement
Of late, the UK government has lost no chance to label India as one of the fastest growing economies in the world and one among its most influential trade partners.

Besides, as negotiations for a free trade agreement (FTA) with the EU are heading nowhere, a growing chorus of experts has been calling for a separate FTA between India and Britain.

Given a complex nature of the EU structure and its vast internal issues, the likelihood of reaching an FTA deal with the 27-nation bloc in the near future seems remote. Enhanced trade relation including an FTA with the UK will help India bypass this impasse and make inroads not only on the UK market but the broader European market.

A growing number of experts opine that it would be much easier for India to negotiate a deal with Britain, which also needs a vast Indian market for reviving its economy. Given the vibrancy of the British economy and a growth potential of , there is a lot of scope for the two countries to enhance collaboration in technology, Information Technology, financial services, education, health, textiles, transportation, urban infrastructure and defence. Pursuing dual FTAs (with EU and the UK) should not be a problem as India has been doing the same elsewhere—it maintains an FTA with the ASEAN while continuing to have separate deals with member countries like Singapore.

The merchandise trade between Indian and the UK, in fact, took a dip from $15.82 billion in 2013-14 to $14.33 billion in 2014-15. One hopes that leaders of both the countries would resort to measures that will help revive the momentum and take bilateral trade to newer heights.