Advertisement
Sriram Iyer
Mar 25, 2020, 12:21 IST
The U.S. Capitol dome and U.S. Senate (R) in Washington, August 2, 2011. REUTERS/Jonathan Ernst/File Photo
Donald Trump's White House has reached a deal with the US Senate paving the way for a $2 trillion economic stimulus for the world's largest economy, say reports citing sources. The US government wants to flush cash down to the last American whose livelihood has been stalled by the clampdown on social and economic activity in a bid to contain the deadly coronavirus that has claimed over 16,000 lives around the world.

What makes this deal special is the fact that the sharply polarised leadership of both the Democratic Party and the Republicans were to set to aside their differences— although after five days of intense negotiations— in the interest of the American people who live from one payday to the next.


Nearly 8,000 miles away from the Capitol Hill, in New Delhi, the Indian Prime Minister announced a complete nationwide lockdown for 21 days starting the midnight of March 25. However, 90% of India's workforce, which works in unorganised spaces without any social or financial security and savings, is still hoping and praying for sustenance money while the country unites in its fight to curb the spread of Covid-19, a deadly virus that has no vaccine or cure.
Advertisement


Some of the key proposals in Trump's stimulus plan include that could be a template for India to follow as well:
1. $1,200 cheques to individual Americans,
Advertisement
2. A $367-billion loan program for small businesses,
3. A $500 billion fund for industries, cities and states,
4. A massive boost to unemployment insurance,
5. $150 billion for state and local stimulus funds, and
6. $130 billion for hospitals.

Advertisement
So far, India's Finance Minister Nirmala Sitharaman has announced some welcome reprieve on many compliance requirements for businesses and individuals⁠— from income tax to goods and services tax, requirements under Companies Law to customs to banking, to name a few. However, according to Sitharaman, a government taskforce and its subgroups are still thrashing out the details of an impending stimulus. 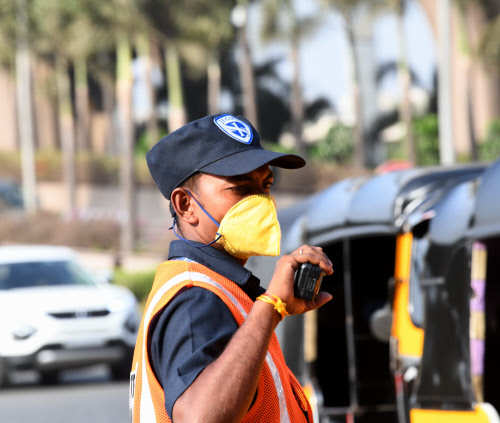 
As Morgan Stanley's Ridham Desai recently said,"I do think the government, the Reserve Bank of India and others will come out with a package even to alleviate the economic crisis, because there is no point in just alleviating the health crisis, if the economic crisis goes on for a long term. Because that can result in unemployment, income loss and other pain."

The breadth of India's poverty is just too huge

The 2011 Census pegged India's poor population at 22%— more than one in five Indians earned less than ₹816, or ₹27 a day a month. The National Sample Survey Office showed that the average household in India spent about ₹1,500 a month in 2017.
Advertisement


A rough estimate of the cost of handing out ₹1,500 in cash to every household that needs the money, is likely to be anywhere between ₹35,000 to ₹40,000 crore, for every month that the lockdown may last. This too, will only work if the supply chain of essential items continues to work unhindered. Or else, the cash in hand is useless.

And it's not just the poor. The current uncertainty makes it difficult even for middle-class families in India, who are now starting to fear for their jobs, to plan their expenses and their future. The situation is definitely a lot more dire for the poor. Some large states like Uttar Pradesh and Tamil Nadu have announced cash handouts along with the lockdown.

Advertisement
The fate of the poor hangs in a balance in many other states and they are looking towards any support no matter where it comes from— the state government or the centre. Without the assurance that they will be protected from starvation and necessities of daily life, as the political scientist and long-time India watcher Alastair Newton warned in a recent interview with Business Insider, the likelihood of a civil unrest cannot be ruled out.

SEE ALSO:
Deal on a roughly $2 trillion coronavirus stimulus package reached between the Senate and White House, including cutting checks to Americans