BI India Bureau
Feb 10, 2020, 13:34 IST
Congress leader Rahul Gandhi speaks during an election campaign rally ahead of the State Assembly Polls at Kalyan Puri in New Delhi.Photo)(
In the recent Assembly Elections in Delhi, Exit Polls have shown that Congress may fail to open its account again and this will be the fourth continuous election (two Lok Sabha elections and two Assembly elections including the latest one) in the national capital where Congress will not get a single seat, if the prediction holds true.

This will be yet another embarrassing tally for Congress that ruled Delhi for 15 straight years between 1998-2013 with the late Sheila Dixit as Chief Minister.

A Campaign that never picked up pace

Delhi seemed set for a two-way fight— between the Bharatiya Janata Party and AAP⁠— right from the time the election was announced. While Union Home Minister Amit Shah jumped into campaigning mode early— meeting people in street corners before going door-to-door aside from large rallies⁠— the senior national leaders of Congress joined the campaign only in the last eight days.

Advertisement
Reports also surfaced pointing out at a rift between Congress’ Delhi President Subhash Chopra and Kirti Azad, the head of campaign committee who defected to Congress from BJP last February.

Political analysts believe that by not campaigning enough, Congress has given AAP a walkover and a lot of its voters are expected to have voted for AAP.

Nine different elections, same story⁠— Congress’ declining vote share
AdvertisementIn the last 9 elections that have happened in the Capital, there’s just one thing that has been consistent and it’s the Congress’ declining vote share. After 2009 Lok Sabha polls, its vote share has kept on declining, except for in 2012 polls for the Municipal Corporation of Delhi, where it managed to bag 30.54% votes and yet, only managed to emerge as the second-largest party after BJP.

The following two tables show how Congress has performed in recent elections at both local and national levels:


AdvertisementGoing into the Delhi election in 2020, it would have been fair to expect better morale, and performance, from Congress after the party tasted success in some states, most recently in Jharkhand, in alliance with the regional outfit, the Jharkand Mukti Morcha.

Moreover, there has been some anger against the BJP that has been gaining momentum after the recently passed Citizenship Amendment Act sparked widespread protests across the country, but none more intense than the one in Delhi. Congress could have cashed in but it couldn’t.


BJP gains in states where Congress is the only rival Advertisement
Chhattisgarh and Punjab are the only two states where Congress has a clear majority in the state assembly. Everywhere else ⁠— Madhya Pradesh, Maharashtra, Rajasthan, Jharkhand, Karnataka (where the Congress-JDS coalition government toppled in 2019 and is now ruled by BJP and its allies)⁠— they either had to fight the election in an alliance or had to stitch a post-poll coalition to stay afloat.

From the last few elections, it is clear that people vote for Congress only in states where there is anti-incumbency is loaded against BJP or when the Congress has tied up with a dominant local party.

For instance, in the 2013 Delhi election, Congress was able to form the government in coalition with AAP but when the tie-up snapped and polls were held again in 2015, it was a 3-way fight and most of the Congress votes went to AAP while BJP vote share remained almost constant. Advertisement 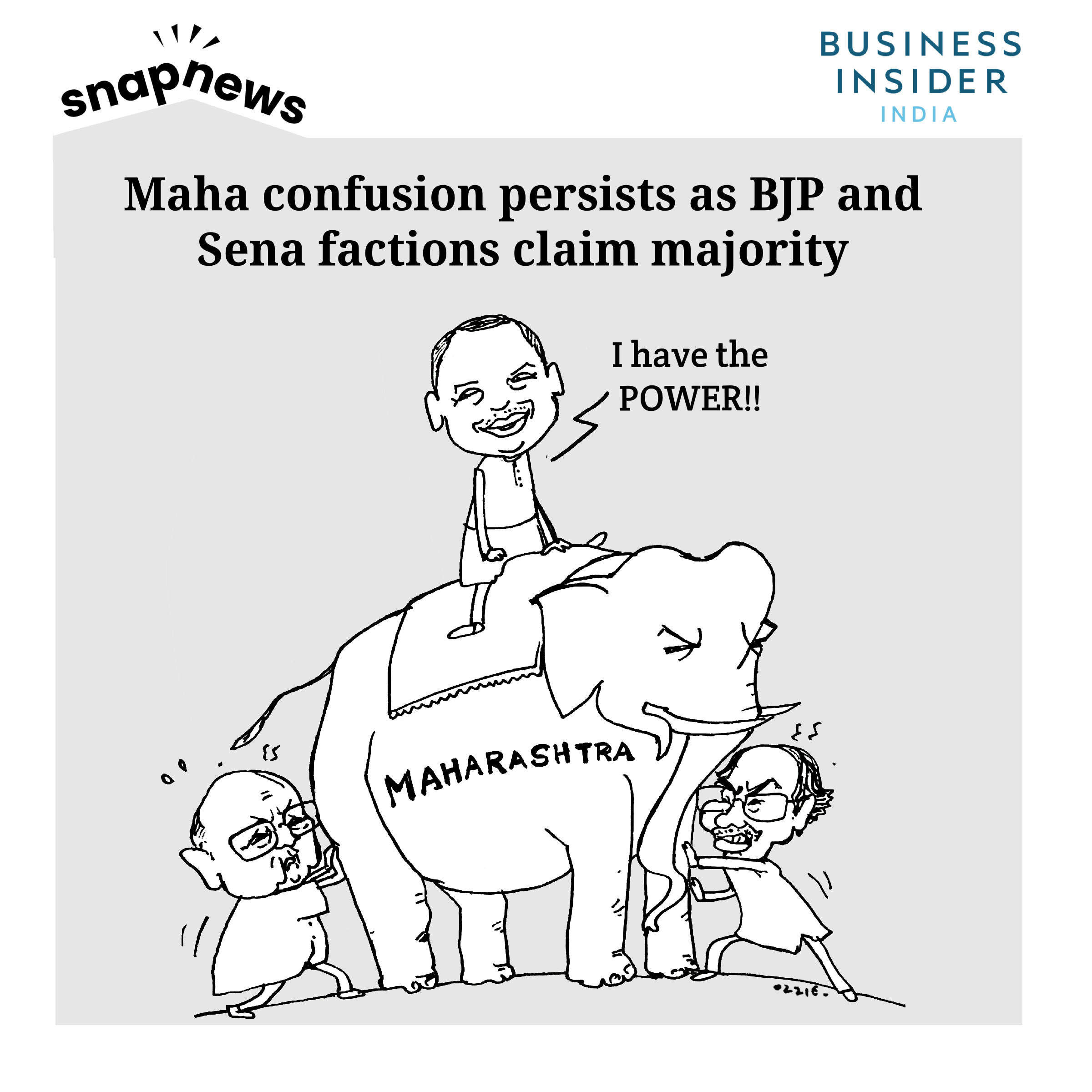 
In Rajasthan, where people were angry against the BJP government under , Congress barely managed to scrape past the half-way mark. In Haryana too, where BJP faced heavy anti-incumbency, Congress failed to emerge as the single-largest party and its vote share was captured by the one-year old Jannayak Janta Party (JJP), which ultimately formed the government with BJP and got the Deputy CM seat for themselves.


The situation was similar in Jharkhand where the incumbent Raghubar Das-led BJP had failed to impress the voters in their full term of five years and voters actually decided to vote for Jharkhand Mukti Morcha (JMM) despite Congress having a full-fledged presence in the state. The Congress then had to stitch a pre-poll alliance with the JMM and formed the government. Advertisement

At the national level, Congress’ appeal, particularly the leadership of Rahul Gandhi, among voters has been appalling. The tally of the Congress in Lok Sabha— the lower house of the Indian Parliament— rose to just 52 after a record drubbing in 2014 when the party got 44. Even then, the party’s vote share at the national level fell a percentage point to 19% in 2019.

The next big tests ⁠— Bihar, Tamil Nadu, and Bengal
AdvertisementThere are three big state elections coming up in the next two years, Bihar, West Bengal, and Tamil Nadu, and the Congress has little to fight for in at least two out of those three states.

In Bihar, it is friendly with the Lalu Prasad Yadav-led Rashtriya Janata Dal (RJD), the key challenger to the ruling Janata Dal (United) government led by Chief Minister Nitish Kumar that has been in power since 2010 as part of one coalition or another. So while the anti-incumbency may favour the Congress-RJD coalition may have, the Congress party itself may have little sway.


In Tamil Nadu, the voter sentiment is heavily in favour of the challenger party, the Dravida Munnetra Kazhagam (DMK), an ally of the Congress. However, the national party only has to facilitate the victory of DMK leader MK Stalin because national parties, including the BJP, have little or no impact in the state. Advertisement

West Bengal is the only state where the fight will be three-cornered, between the BJP, Congress, and the Trinamool Congress (TMC) led by the incumbent Chief Minister Mamata Banerjee. As data from recent elections has shown, a three-way fight in states only helps the BJP. And if the TMC and Congress come together, TMC gets the edge.