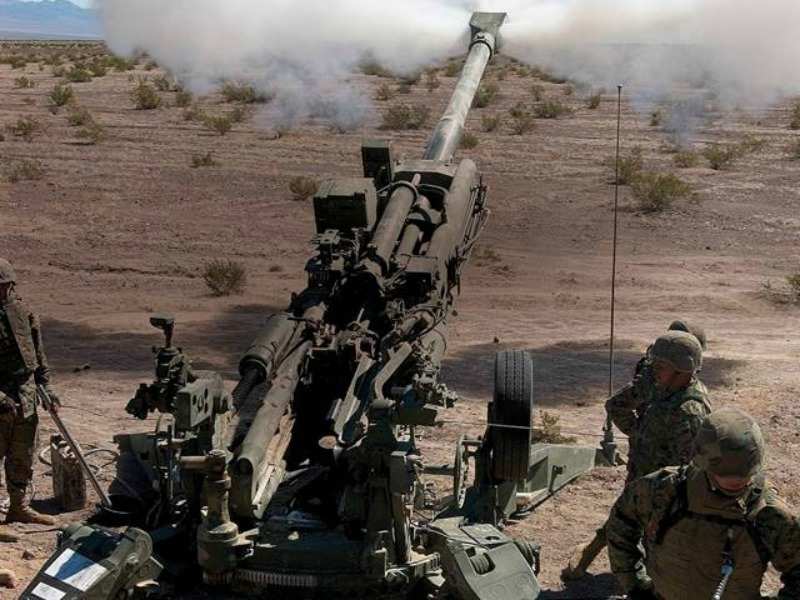 As India gears up to import the M777 Howitzers or the Ultra-Light Howitzers (ULHs) produced by the US-based BAE Systems under the reported $750 million deal, a strong price competition is brewing back home. The Kalyani group led by Baba Kalyani is all set to offer similar ULHs at a significantly lower price than the imported one.

According to sources, a high level review meeting on India’s artillery gun projects was held recently to purchase 145 M777 ULHs produced by BAE Systems under the ‘Make In India’ program.

Sources said the review of high budget artillery projects was carried out in the presence of Defence Minister Manohar Parrikar.

“All big artillery projects were discussed along with the purchase of M777 howitzers or ULH to modernise and enhanced the capability of Indian Armed forces,” sources said.

“Talks to import 145 M777 is on since 2012 with the US. Discussions have been progressing on the price front as the manufacturer has been seeking a hike on the initial price quoted of 2012,” said a senior official.

It has been reported that the price quoted by the US in 2012 was $694 million and BAE–the manufacturer has been seeking 10% hike on the four-year-old price. Reports have pegged the deal for these 145 ultra-light howitzers at around $750 million.

Back home, the Kalyani group, at the DefExpo 2016, had exhibited the first prototype system--the Bharat Ultra-Light Howitzer that could pose direct competition against the M777 Howitzers, made out of Titanium.

Bharat Ultra-Light Howitzer has been developed using light weight exotic materials like Titanium and Aluminium based alloys. The company also has a system ready for testing before the end of this year.

Parrikar told Business Insider that all indigenous manufacturers who offer such price advantage and have competitive products to offer will be spoken to by him.

The most worrying operational void of field artillery guns to support the Indian Army in battle is finally being addressed. “The purchase of M777 howitzers is a matter of time and negotiations in this regard are going on….the matter was also discussed between Parrikar and the visiting US defence secretary, Ashton Carter on April 12,” sources said.

BAE Systems has already announced a tie up with Mahindra as its business partner for its proposed in-country assembly, integration and test (AIT) facility for the M777 Howitzer. The gun will come with laser inertial artillery pointing systems (LINAPS), maintenance, personnel training and training equipment, technical assistance, engineering and logistics support services.

However, with the passage of the finance bill 2016 in the Lok Sabha on March 5, the clause on re-imposing the customs duty of 28.7% stands ratified and would turn the $750 million deal somewhat costlier (although the exchequer will stand to gain from this customs duty).

Whether the proposed $750 million deal will progress as planned or face delays in the aftermath of the ongoing controversy surrounding the purchase of VVIP helicopters from AgustaWestlands by the erstwhile UPA government, remains to be seen.