Punjab exit poll: AAP will open its account with majority 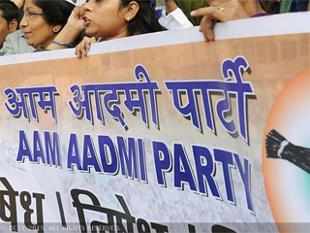 CVoter predicts (AAP) will open its account in the state with a majority.
Advertisement

Seat share
The magic number in is 59. CVoter predicts AAP winning between 59 and 67 seats in the 117-strong Assembly. This is up from nil in the 2012 Punjab elections. The party's showing has remained about the same as in 2012. It's predicted to have won between 41 and 49 seats. In 2012, the Congress won 46 seats. The SAD-BJP combine is predicted to have been decimated winning just between 5 and 13 seats, compared with its 2012 showing, when it won as many as 68 seats.

CVoterpolled a sample size of 13,717 people. The poll has a margin of error of +/- 3 per cent.
NewsletterSIMPLY PUT - where we join the dots to inform and inspire you. Sign up for a weekly brief collating many news items into one untangled thought delivered straight to your mailbox.
CAPTCHA: