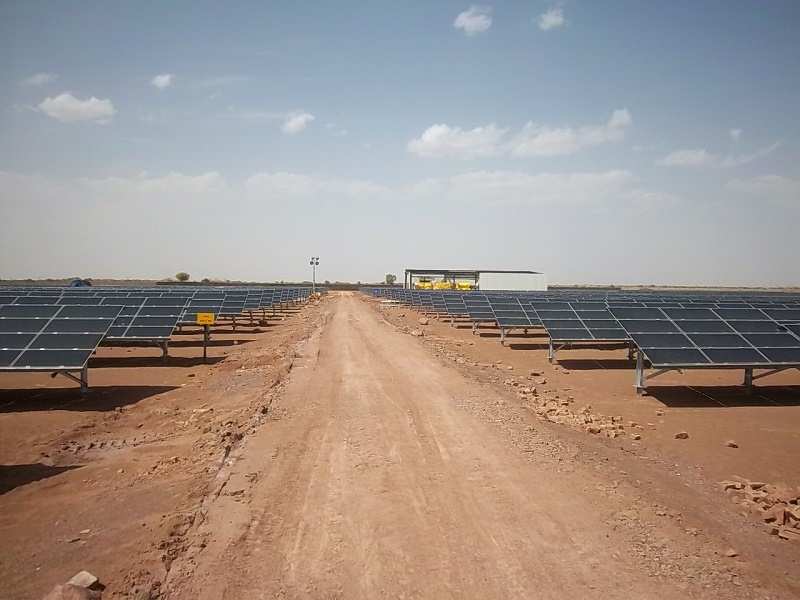 Advertisement
, the desert state of India, emerged as the most attractive solar project destination in the country during the latest NTPC auction, which saw the winning bids falling to Rs 4.35-4.36 per kwH.

There were 130 MW put up for auction, out of which 50 MW was won by Shapoorji Pallonji Infrastructure Capital and 60 MW by Mahindra Susten, while the remaining 20 MW was won by Prayatna Developers of the Adani Group. Both these companies offered to sell electricity produced from their projects at same price of Rs 4.35 per kwH, and Prayatna Developers’ offer was at Rs 4.36 per kwH.

Also read: Here’s why India can never afford solar power at Rs 2.2 per unit, but Dubai can

These reverse auctions see the developer offering to sell electricity at the lowest price winning the auction. The last NTPC auction in Rajasthan saw Fortum Finnsurya winning a 70 MW project by bidding Rs 4.34 per kwH. However, in that auction, the land for the project was ensured at the Bhadla Solar Park in Jodhpur district, with the highest solar radiation in India.

This time around, the winners are not being given any land. Instead, developers will find and develop the land themselves, probably the reason behind marginally higher tariffs.
Advertisement

This year has not seen too many developers taking interest in these auctions, with the Gujarat auction of 160 MW of capacity, which was held in late-June, drawing only three bidders. However, in the latest Rajasthan auction, the developers seem to have shed those apprehensions with 21 developers, including many of the top names in the business, taking part in it.

Also read: Your renewable energy projects could get easily financed and that too at low interest rates

The reason could be cited to Rajasthan's inherent solar advantage, because of the high radiation that the state receives. The developers’ interest in this recent auction also shows that along with tariff, it also crucially depends on the project locations.