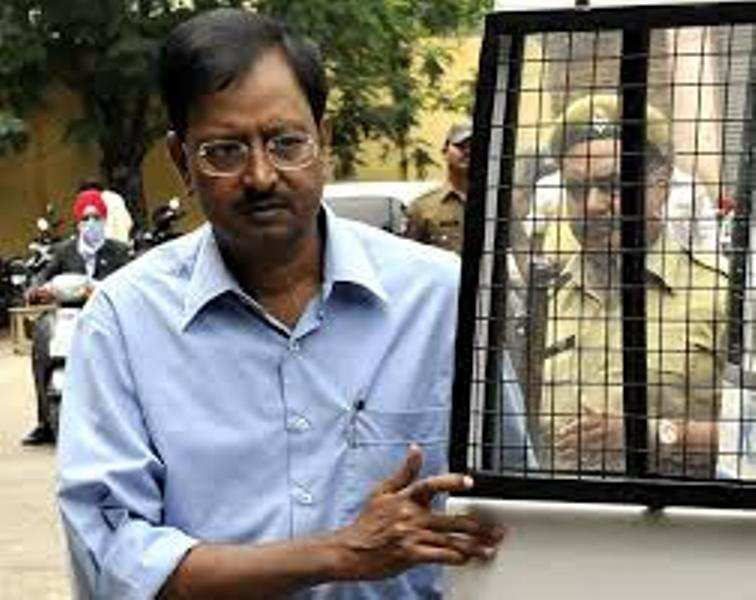 A special on Thursday held founder and B guilty in the multi-crore accounting fraud, sentencing him to 7 years of rigorous imprisonment. The court also imposed a fine of Rs 5 crore on Raju.

Raju who has already spent over 30 months in jail had urged the court to be lenient with the sentencing, citing health grounds.

The scam surfaced in January, 2009, after Raju, Satyam's then chairman, allegedly confessed to manipulating his company's account books and inflating profits over many years. Around 3,000 documents were marked and 226 witnesses examined during the trial that began nearly six years ago.

Raju and others were charged with offences like cheating, criminal conspiracy, forgery and breach of trust under relevant sections of IPC for inflating invoices and incomes, account falsification, faking fixed deposits, besides allegedly falsifying returns through violation of various laws.

While the CBI accused Raju and the others of cheating, breach of trust by way of inflating invoices and incomes in the first and third charge sheets, the second one dealt with the accused allegedly falsifying returns through violation of various IT laws.
During the trial, the CBI alleged that the scam caused a loss of Rs 14,000 crore to shareholders of Satyam.
Advertisement

In January last year, Ramalinga Raju's wife Nandini Raju and sons and Rama Raju were among 21 relatives of the ex-Satyam boss who were convicted by a here for default in Income Tax payment.

Next StoryRamalinga Raju, 9 others 'guilty' of fraud. Sentencing on Friday
Advertisement
Popular on BI
1
Wipro fears it may lose its employees to competitors as there is an explosion of IT jobs
2
Coinbase is officially worth more than GM, FedEx, and Twitter after its market debut
3
The utter chaos and confusion over Remdesivir in India is making the COVID-19 second wave worse
Latest Stories
Trending News
Buying Guides
Advertisement
Advertisement
Ramalinga Raju, 9 others 'guilty' of fraud. Sentencing on Friday
Moody's is happy with Modi, but what about a credit rating revision now?
Apple makes big bucks in India! Rev hits $1bn mark in FY 15
Popular Categories
Trending Right Now
More from our Partners