Ranthambore just lost its most sighted tiger. Thanks to hoteliers 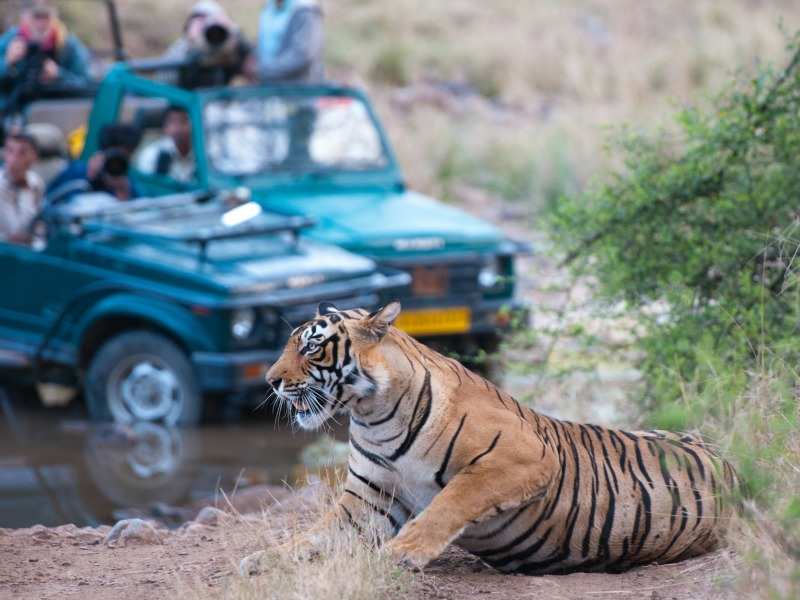 As per sources, the operation of relocating T24 to Udaipur zoo was so secretive that even Forest Minister Raj Kumar Rinwa was kept in dark.
Sources told Times of India that T24 was shifted on Saturday as hoteliers felt it may frighten away guests as it apparently killed a forest guard recently.

A wildlife expert said that hoteliers were divided as majority were in favour of keeping the tiger at the park as it was the most sighted one but there was also a dispute among the forest staff about the identity of the tiger that killed the forest guard.

"Forest officials were confused between T72 and T24," the expert told TOI and added, "However, a handful of lobbyists supporting T24's shifting were more powerful and succeeded in their design."

The shifting came at a time when Rinwa was in the process of constituting a committee to verify whether it was T-24 or some other tiger which had attacked humans. But all of a sudden, he was told about the futility of the exercise since T-24, fondly known as 'Ustaad', was already half way towards Udaipur.
Advertisement

Insiders told the news daily that experts had suggested to Chief Minister Vasundhara Raje that even if T24 was attacking humans, it could be shifted to the Sariska reserve or Mukundra, a new forest zone adjacent to Ranthambore identified for tiger reserve expansion.

Experts say carnivores have a natural tendency to fear humans. "But you can't say that T24 was a man-eater as it never chased humans," the expert said.

Congress party MLA from Kumher, Vishvendra Singh, cited the instance of T7, which was shifted from Ranthambhore to Sariska after it attacked a few humans, including forest ranger Daulat Singh.

"T7 is now happily settled as ST6 at Sariska. Why should there be different treatment for similar incident?" Singh told TOI and added that he sighted T7 thrice at Bharatpur, where it had strayed in 2010. "It never attacked anybody at Bharatpur," he said.
Advertisement

Rinwa said that Kumbhalgarh and Mukundra forests have also been identified for expansion as tiger reserves, where T24 could be shifted if experts so recommended.

Conservationist Thapar supports T24's caging, saying: "In my 40 years of experience of Ranthambhore tigers, T24 is the most dangerous one. He killed four people including two forest guards and two locals. The forest department and the government of Rajasthan have done a successful job in relocating a man-killing and eating tiger.”