RBI cuts rates only by 25 basis points! Know why Rajan decided against a further cut 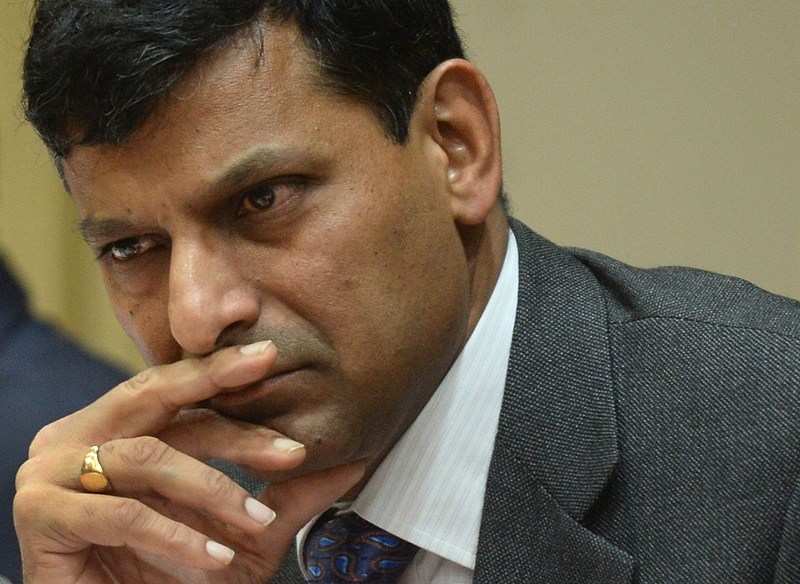 Despite the markets and most analysts expecting a to the effect of atleast 50 basis points, the Reserve () governor today widely disappointed markets and analysts by cutting by just 25 basis points to 7.25%.
Advertisement

"Banks have started passing through some of the past rate cuts into their lending rates, headline has evolved along the projected path, the impact of unseasonal rains has been moderate so far, administered price increases remain muted, and the timing of normalisation of US monetary policy seems to have been pushed back. With low domestic capacity utilization, still mixed indicators of recovery, and subdued investment and credit growth, there is a case for a cut in the policy rate today,” the central bank said.

However, despite these encouraging signals, what is it that made Rajan stop at a mere 25 basis point cut, when the market at large and all of , including the Banks were eagerly expecting the Governor to create more liquidity in the cash-strung Indian market? Rajan on his part says, “Upside risks to inflation due to uncertainty on the monsoon front remains. Of the risks to inflation identified in April, three still cloud the picture."

We at Business Insider India list for you the 3 major reasons for the Governor’s decision to maintain the cautious stance and not cut rates down by 50 basis points:

Advertisement
2) Crude prices have been firming amidst considerable volatility, and geo-political risks are ever present.


3) Volatility in the external environment could impact inflation.

4) still very weak in India. With still weak investment and the need to reduce supply constraints over the medium term to stay on the proposed disinflationary path (to 4 per cent in early 2018), however, a more appropriate stance is to front-load a rate cut today and then wait for data that clarify uncertainty.

5) Level of stressed projects pretty large, will take time to clean up.

RBI remains cautious
Governor Rajan further stated that while, the central bank will prefer to wait and watch how the current set of rate cuts play out in the , he clearly signalled for the Banks to reduce , so that the RBI’s cuts get a tangible impact on the ground. He said, “A more appropriate stance is to front-load a rate cut today and then wait for data that clarify uncertainty. Meanwhile banks should pass through the sequence of rate cuts into lending rates.”

Assuming reasonable food management, inflation is expected to be pulled down by base effects till August but to start rising thereafter to about 6.0 per cent by January 2016 - slightly higher than the projections in April. "Putting more weight on the IMD's monsoon projections than the more optimistic projections of private forecasters as well as accounting for the possible inflationary effects of the increases in the rate to 14 per cent, the risks to the central trajectory are tilted to the upside," the bank added.

The bank also said that reflecting the balance of risks and the downward revision to GVA estimates for 2014-15, the projection for output growth for 2015-16 has been marked down from 7.8 per cent in April to 7.6 per cent with a downward bias to reflect the uncertainties surrounding these various risks.

According to RBI, strong food policy and management will be important to help keep inflation and inflationary expectations contained over the near term. "Furthermore, monetary easing can only create the enabling conditions for a fuller government policy thrust that hinges around a step up in public investment in several areas that can also crowd in private investment. This will be important to relieve supply constraints and aid disinflation over the medium term," the bank felt.

Advertisement
"A targeted infusion of bank capital into scheduled public sector commercial banks, especially those that implement concerted strategies to clean up stressed assets, is also warranted so that adequate credit flows to the productive sectors as investment picks up," it concluded.