Sahara-owned Plaza is the top hotel destination for the rich 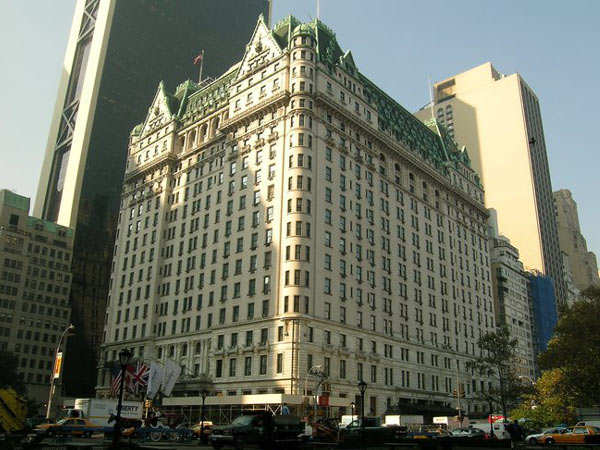 A recent survey by the New World Wealth, a wealth intelligence company, has revealed that the iconic Plaza Hotel of New York, owned by the infamous Sahara Group, is the topmost hotels for the super rich of the world.
Advertisement

The intelligence company ranks the hotels basis the votes it received from the multi-millionaires within a time-span of 12 months.
The report said that the "sample included wealthy individuals from all over the world, but did not disclose the sample size".

The is among the top three hotels overseas properties along with Dream Downtown in and Grosvenor House in London. These three hotels have attracted a number of suitors in the recent past.

As per the media reports, the Bellagio in was named as second, followed by London's , Hotel du Cap-Eden-Roc in Antibes () and La Mamounia in Marrakech (Morocco) in top five.

The others in the list of top ten included Little Nel in Aspen (US) at the sixth spot, followed by Singapore's Raffles (7th), Paris's Ritz Paris (8th), 's Villa d'Este (9th) and the UAE's Dubai's Burj (10th).
Advertisement

Surprisingly, most of the hotels listed by the intelligence company are small in size while the Plaza, Mandarin Oriental, Burj Al Arab and Bellagio are with more than 150 rooms.

The Mandarin Oriental was named as the best one in the UK and Europe while La Mamounia in Africa and Raffles in Asia were amongst the best.
Image: luxpresso

Next StoryThe 9 deadliest special forces in the world
Advertisement
Popular on BI
Latest Stories
View All Latest
Trending News
Buying Guides
Advertisement
The 9 deadliest special forces in the world
Tony Robbins has taught this productivity trick to clients ranging from Bill Clinton to Serena Williams
If you want to be successful, forget all about a work-life balance - it's not going to happen
Popular Categories
Trending Right Now