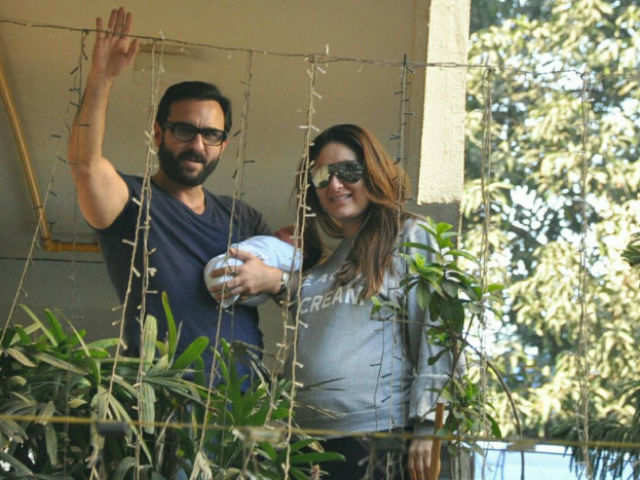 's royal couple Saif Ali Khan and Kareena Kapoor Khan were blessed with a baby boy on December 20, last year. The couple decided to name their newborn '' and suddenly all hell broke loose.

Almost a month old now, little Taimur Ali Khan has been making news ever since he was born, and even went viral on social media because of his 'controversial' name.

Advertisement
Though the new parents chose to maintain silence at the time, has finally spoken out and revealed why he named his son Taimur.

In an interview with Mumbai Mirror, Saif clarified that Taimur was infact not named after the Turkish invader and ruler.

"I'm aware of the heritage of the Turkish ruler and my son was not named after him," Khan said. "He was Timur, my son is Taimur. Perhaps the root is similar but it's not the same name. Taimur is an ancient Persian name, meaning iron."

Advertisement
Elaborating on the reason behind naming their son Taimur, he said, "Both my wife and I liked its sound and the meaning. In fact, of all the names I ran by Kareena, she liked this one the best because it's beautiful and strong. Taimur was the name of a boy I had grown up with and a cousin too. It's an old family name, like Sara who was also named after a cousin I admired."

Talking about the trolls who had opposed Kareena and him naming their son 'Taimur,' Saif claimed that the reactions were 'ridiculous' and 'unnecessary.'

"I should have added a disclaimer, as they do in the movies, that any resemblance to any person, living or dead, is purely coincidental," he jokingly added.