Samsung Galaxy S6 and S6 Edge: Worth the hype? 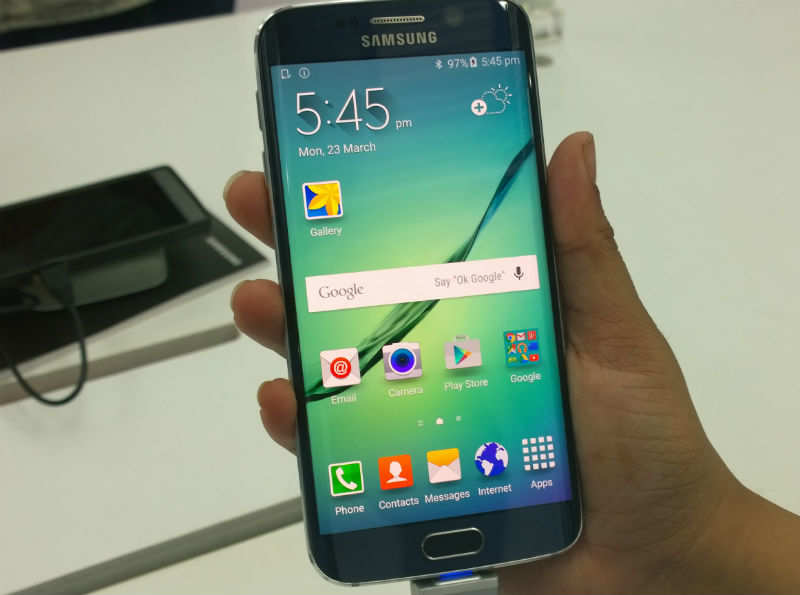 ( Image: S.Aadeetya)
TOP VIDEOS FOR YOU

“Samsung doesn’t make good quality phones”. Haven't we have heard this line upteen number of times before? But now we can safely say that not anymore and it’s matter of being sixth-time lucky for the Korean brand. Samsung Galaxy S6 and S6 Edge have entered Indian shores after its announcement at MWC earlier this month.

Advertisement
With prices starting from Rs 49,900 Samsung is almost at par with the likes of HTC and it still manages to better the numbers when compared with Apple. Galaxy S6 is the flagship device for this year (until MWC 2016 atleast) and Galaxy S6 Edge is the blingy, new-form device that everyone wants as part of so-called innovation these days. Everyone has been raving about the sixth generation Galaxies which has finally manage to find the ground between its value and offering.

MSME EXCHANGE 2021Join us in amplifying the voice of over 60 million MSMEs in IndiaJune 28 - 29, 05:00 PM onwards
Register
More of a phone than phablet
Big display phones are doing well, so much so that Apple had to bring one of its iPhone in that space just to keep things interesting. But you can’t talk about flagship and big display in same breath, even now and we’re thankful to that from all corners. The new Galaxy flagships fall in the same category, wherein the size of phones has been kept in tune with what people (in this space) actually want. And it makes total sense, unless they want to disturb the equilibrium of Note series. The phones with 5-inch sizing remain easy to use and handle.
Advertisement

Metal and glass make for premium Galaxy
Let me put it straight, Galaxy S6 has metals, lots of it but still it doesn’t come in the HTC-One like metal category, for now. The finishing has been done with prime concentration, sleek, lighter than before (don’t care if numbers say otherwise). But one look at the back panel and there’s a Sony-like glass covered finishing which as always, become susceptible to counter scratches and making it slippery in nature. Was that the best go-to option for Samsung? May be not and a full-metal Galaxy S6 would have got the world going bonkers.

2K-ed display
Samsung has opted to go for the kill with its display on Galaxy S6 and S6 Edge which hardly comes as a surprise, considering their strong foothold in this aspect. We’re talking about 2K aka Quad-HD and 4K display on phones and while these may not really make much of a difference to the naked eye, it’s there alright. Bright contours, vibrancy at its optimum and crisp content are some of the features that have epitomized Samsung display’s all these years, and they seem happy to prolong its tradition.
Advertisement

Cameras are no issue but fingerprint at the back?
Samsung manages to pack in decent set of snappers and Galaxy S6, S6 Edge offers nothing different. In fact they have managed to improve on them and somehow (as they believe) making it even better than iPhone 6, 6 Plus they say. We’ll give you more on the quality and performance only after we truly make use of the phone for a while. Also, we noted that fingerprint scanner has now been placed alongside (or maybe within) the heart-rate sensor. Someone please tell me why?

Price just-about right
Call it fancy but people talking about Rs 49,900 being a decent price smacks the reality of value proportions these days in the mobile market. Price of Galaxy S6 is shade under Rs 50K (half a lakh so to say) but if you compare that with iPhone 6 (and 6 Plus), the figures will feel moderate and not truly absurd, so to say. Performance has never been the concern for any of flagship Galaxy phones but this time it feels different.
Advertisement