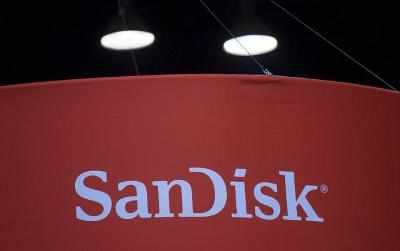 Advertisement
SanDisk launched a host of upgrades today while also launching a one-of-its kind flash storage solutions iXpand Flash Drive. At a time when people are going gaga over cloud as a storage option, SanDisk has been able to increase the demand of solid state drives. Revenue from the business, which makes SSDs used in PCs and laptops, jumped 55% in its quarterly earnings report in April2016, as reported by Reuters.

So how does SanDisk play this tough game? Rajesh Gupta, Country Manager of India and SAARC, SanDisk says the simple rule of the game is to go by the consumer demand. But while all companies do that, SanDisk is one of the very few who creates the demand.

Here are the golden marketing strategies of SanDisk, as told to us by Rajesh.

1. Constantly innovating on the storage front. While doing so it focuses on three areas- storage, security and design. SanDisk invests a majority of their R&D to design, a more user-friendly and app driven approach.

2. Next after innovation, comes marketing.
Advertisement
“A lot of these devices are there to solve the problems of the users but the major problem is they are not aware of it. So we have started an extensive training programme at our retail shops where in they will be trained about the devices launched in the market and how to market them,” said Rajesh.

For this SanDisk has started an unique venture, a 3 minute video for users explaining in simple terms why a particular device should matter to them.

“Often retail shops distribute brochures but how many of us actually have a look at it? So we come up with short interesting videos to appeal to them,” he added.

3. At times when almost all technology giants are adapting to online strategies, SanDisk is taking the risk to expand its offline market.

“We can’t deny that offline market contributes to the majority of sales even today. While for Tier-1 cities, we would go for online strategy, in Tier-2 and Tier-3 offline market is our lifeline,” he explained.
Advertisement