Sarbjit, not Jazbaa, should have been Aishwarya Rai’s comeback 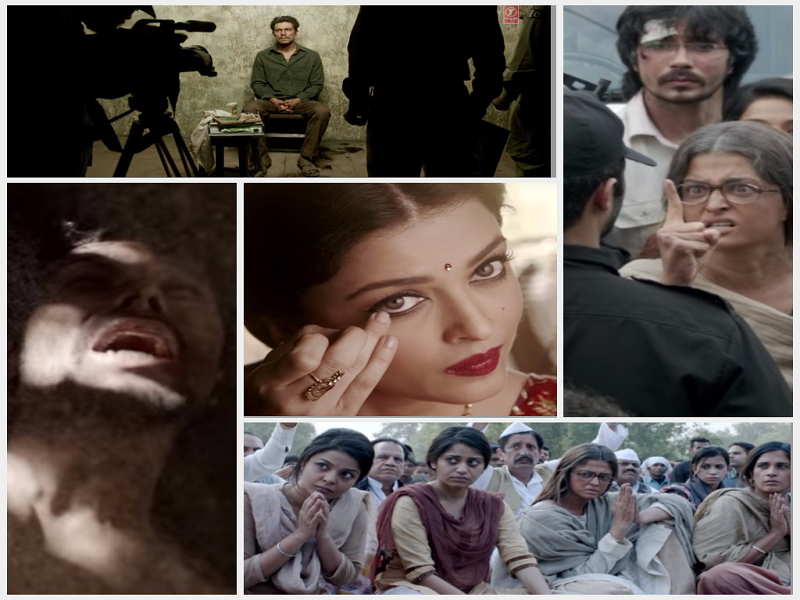 The trailer of Mary Kom fame director Omung Kumar’s next directorial venture, Sarbjit, is out, and we couldn’t be more thrilled. Based on the life (and death) of Indian inmate Attwal in a Pakistani jail, the movie stars , , and in what should have been her comeback, Bachchan.

The story of an Indian farmer Singh, who was accused of being an Indian spy and was locked in Pakistan jails for 23 years, is an emotional one for sure, and it goes without saying that the director would have required the perfect mixture of expressions and emotions for this story to look real on screen, and by the looks of it, Kumar has managed to do just that.

Advertisement
The trailer starts with Dalbir (played by Rai) frantically looking for her brother in the fields of Punjab, who, unbeknownst to her, has been locked inhumanely in a sweatbox, suggestively in Pakistan. Right then comes the flashback, showing Dalbir in all her glory, living a good life with his happy-go-lucky brother Sarbjit (Hooda), his wife Sukhpreet (Chaddha) and his kids.

In Pakistan, Sarbjit is accused of being a terrorist responsible for five bomb blasts, and is given the name of Manjit Singh, to which he very painfully shouts and disagrees. Commendable job there, Hooda.

When Dalbir comes to know that her brother has been sentenced to death, she starts her battle for justice, which goes on for more than two decades, during which Sarbjit is shown to have been tortured, living in a small cell. The scene where he is seen complaining about him having to eat, sleep, and relieve himself all in one place tells us how difficult it is for prisoners like him, who are not even considered to be humans by the authorities.

Advertisement
Enters , who impressed everyone with his role of a selfless husband wanting to see his wife make her dreams come true in Mary Kom. Playing a Pakistani lawyer who is willing to take up Sarbjit’s case for the sake of humanity, he fits the role to the T.

Red Fort and India Gate serve as the location where Dalbir sits with her entire family and supporters to protest for her brother’s release. We also get to see the emotional reunion of the siblings in the jail, his tiff with other inmates, and the trailer ends with Aishwarya addressing a Pakistani crowd with anger for being, and having always been, back-stabbers.

Obviously, the movie would not release in Pakistan, but some movies are meant to show the truth, and one has to compliment Rai for breathing life in the role of a brave but helpless sister, who in the end, didn’t get the justice she deserved.

Advertisement
Aishwarya Rai Bachchan, who is considered to be one of the most beautiful women on the planet, has often impressed audience and critics with her acting skills, and when she took a five-year long sabbatical to start a family and raise her daughter Aaradhya, it was only a matter of time that she made her comeback and impressed everyone again.

However, her comeback vehicle Jazbaa couldn’t do much to bring her back to the hearts and minds of cine-goers, but this movie will prove to be substantial for her career and might reestablish her image as one of the leading actresses of India.

Produced by Vashu Bhagnani and Bhushan Kumar, the movie releases on 20 th May 2016.