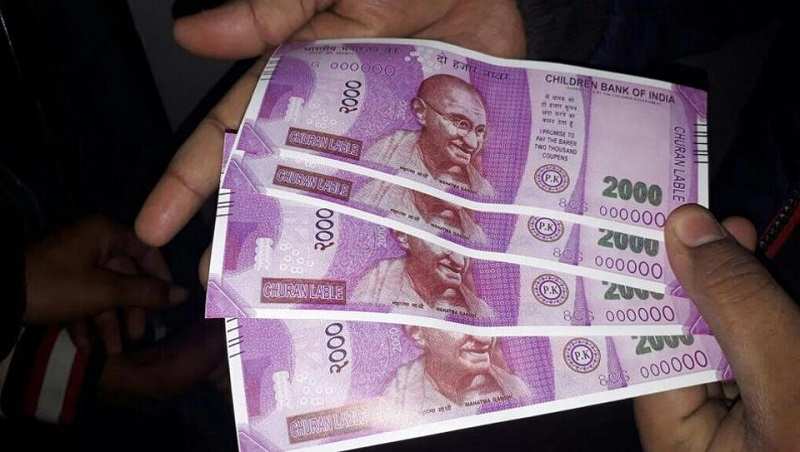 A man who had gone to withdraw money at an ATM in in New Delhi allegedly ended up getting four notes of Rs 2,000 with "" written on them, police said.

Rohit Kumar, a customer care executive, had gone to withdraw cash from the State Bank of India (SBI) ATM in Sangam Vihar on February 6. He got four notes of Rs 2,000 which had "churan" label on them in place of the official watermark.

The notes also had "PK" written on them in place of the RBI stamp and the top left corner had "" written instead of .

Advertisement
After the victim approached the police, a Sub-Inspector was sent to the ATM to withdraw money and he also received a note that had "Children Bank Of India" written on it.

Following this, a case of cheating was registered and investigation has been taken up, said a senior police officer.

After scanning the footage from the ATM, police has managed to identify the last man who had filled cash in the machine.
Advertisement "Till now, there have been no other complaints. Probably, only a few notes were changed. We have to identify at which point the real notes were exchanged," the officer added.