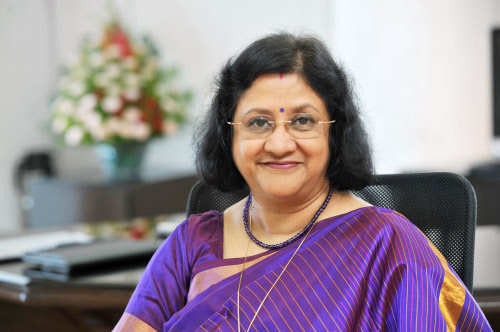 In one of her recent conversations with Raghuram Rajan, SBI Chairman Arundhati Bhattacharya spoke about payment banks. During the conversation, she also raised her concerns around Indian banking system, which she feels is ‘not mature enough to handle the payment banks’.
Advertisement

The raised her concerns the day after payment bank’s licenses were given out.

The RBI governor however said, "The ( RBI) board took the view that it was hard to forecast what would happen in the payment space. Given the fact that we did not know what could succeed, the board chose to license a variety of players — some tech companies, finance companies, some bank-mobile combines. Now, let's see how the game develops."

On the one hand, where Bhattacharya’s queries reflected the potential threat from the nimbler financial companies, Rajan’s response show that many of them may not survive. The RBI governor quoted 1990s, the year when first round of were given; many players failed but later on were merged with their bigger counterparts.

However, Sachin Salgaonkar, the analyst of Lynnch believes e-payments will help soften lending rates and support growth over time. He said, “The spread of rural banking after the bank nationalisation of 1969 helped to shift rural India to cash-based transactions from barter. This led to a fall in the currency held by the public and a corresponding rise in bank deposits. E-payments will cut shoe leather costs of going to the bank, reduce cash holding, push up deposit growth and help pull down lending rates."

Advertisement
The Indian payments market, which weighs at around Rs 15.5 lakh crore in FY15 is likely to grow 12% annually. Shares of mobiles which are at less than 0.1% may rise to 10% in the coming seven years; with the value of mobile banking rising 200 times to $3.5 trillion, says Bank of America Merrill Lynch.

If reports are to be believed, branch-based transactions have gone down by 7% with Internet banking gaining popularity. The fact, however, might sound advantageous to the bank license winners.

The report also said that the internet expansion might make the digital banking soar and that digital banking customers may reach 230 million by 2020. , MD Pay Point India Network says, “The list of names who were given payments bank licences indicate the RBI was looking at mostly people with deep pockets who could invest loads of cash and undertake heavy investment."