Advertisement
Prabhjote Gill
Sep 4, 2020, 12:39 IST
The blue areas in this composite image from the Moon Mineralogy Mapper (M3) aboard the Indian Space Research Organization's Chandrayaan-1 orbiter show water concentrated at the Moon's poles. Homing in on the spectra of rocks there, researcher found signs of hematite, a form of rust.ISRO/NASA/JPL-Caltech/Brown University/USGS
Advertisement
Another sign that the Moon’s poles are home to water has emerged from the Chandrayaan 1’s data.
The Indian Space Research Organisation’s (ISRO) maiden mission to Earth’s natural satellite has revealed that there may be rusting on the Moon — something that can only occur if iron interacts with water and oxygen.


And, even though the Moon has a lot of iron, it’s not known to be rich in oxygen and water. "The Moon is a terrible environment for hematite to form in," said Shuai Li, the lead author of the paper published in Science Advances.

Researchers with the National Aeronautics and Space Administration (NASA) believe that Earth may have had a role to play.
The Earth’s atmosphere could be protecting the Moon as well
The Moon is constantly bombarded by solar particles coming off the Sun. Without an atmosphere to protect itself, the hydrogen should make it difficult for rust to form.

Advertisement
Hydrogen is a reducer. It adds electrons to the material it touches.For iron to rust, it needs the opposite — an oxidiser which removes electrons instead.

Instead, Earth’s atmosphere may have had a helping hand to give. The planet’s magnetotail — the part of its magnetic atmosphere that extends away from the Sun — is capable of blocking out 99% of the solar wind aimed at the Moon when it’s in its Full Moon phase.


That part of the lunar cycle gives iron on the Moon occasional windows of opportunity for rust to form.

Building the perfect storm for the Moon to rust
Earth’s magnetotail does more than just provide the Moon with a shield. During that interaction, some of the oxygen from the planet also gets transferred over. This was confirmed by Japan’s Kaguya orbiter in 2007.

So, even though the Moon isn’t rich in oxygen, it does have access to oxygen during the same window of opportunity when it’s not being bombarded with hydrogen.

The last piece of the puzzle is water. Even though the rest of the Moon is bone dry, it’s poles have long been suspected of hosting water. Albeit only in shadowed craters located on the far side of the Moon — far from where the rust has been detected.


Researchers propose that fast-moving dust particles, which regularly pelt the Moon, could release surface-borne water molecules and mix them with iron in the lunar soil. Compounding the interaction, the resulting heat from these impacts could increase the oxidation rate.

So if all three ingredients are in place — a Full Moon phase, water molecules and oxygen travelling from Earth — the perfect storm to create rust can in fact occur.

Questions still left unanswered
While the theory is sound on paper, there is still more information that’s needed to understand exactly how water is interacting with lunar rocks. The insights could also help explain why rusting is occurring on the far side of the moon, where it’s blocked off from Earth’s oxygen.

Advertisement
This study was published using Chandrayaan-1's Moon Mineralogy Mapper instrument (M3) built by the National Aeronautics Space Administration’s (NASA) Jet Propulsion Laboratory (JPL). It detects how light is reflected off the surface of the Moon. 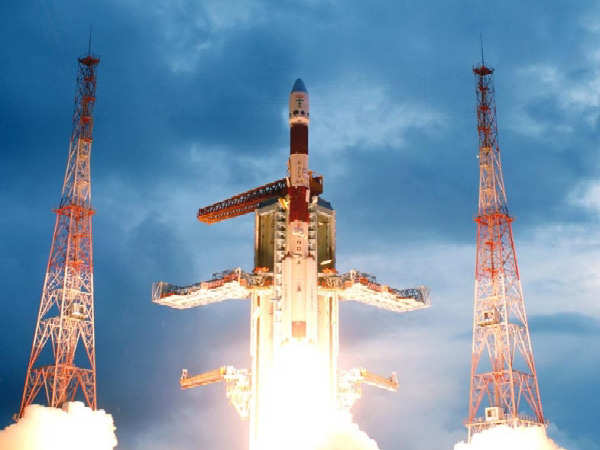