Advertisement
Prabhjote Gill
Aug 5, 2020, 20:30 IST
Cyclone observed in Jupiter's northern hemisphere by JunoCam in July 2018 NASA/JPL-Caltech/SwRI/MSSS/Kevin M. Gill
The gassiest of all gas giants and the biggest planet in the solar system, Jupiter, is known for the storms raging across its surface — like the iconic . And where there’s a storm, there’s lightning. New data shows that it may be a little higher and a little more ammonia-rich than scientists were expecting. 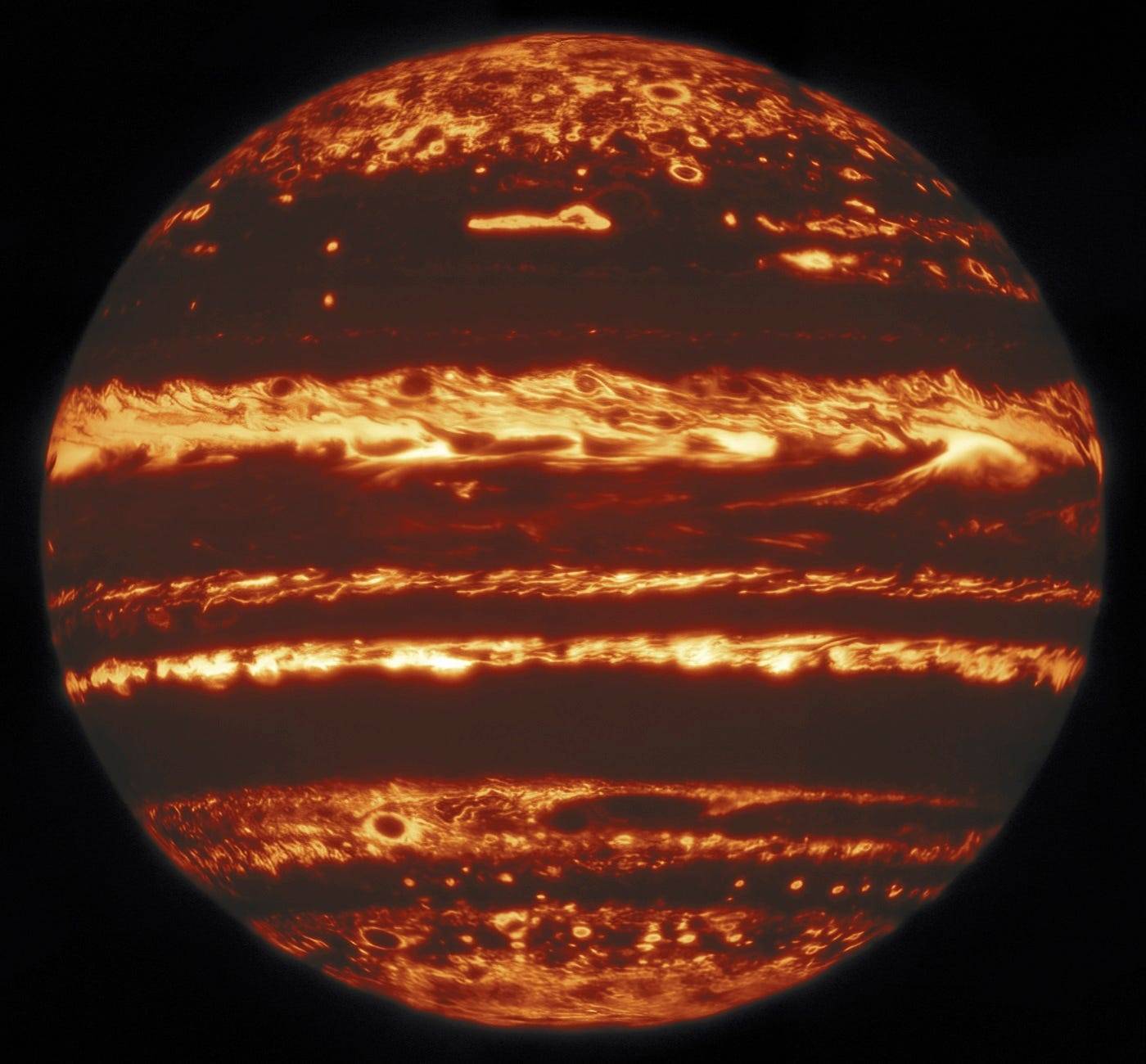 
Previous observations of the storms across Jupiter showed that its Jovian lightning flashes were located in the deep regions within the planet’s atmosphere, around 50 kilometres below the visible clouds.

However, new data collected by Juno — the National Aeronautics and Space Administration’s (NASA) orbiter around the gas giant — show that smaller versions of these flashes are happening higher up.
Advertisement

Here’s where the conundrum lies — because this means that the flashes are occurring in a region where temperatures are below minus 66 degrees Celsius. Water cannot exist in a liquid state in areas that cold. Yet, the presence of a liquid is essential for there to be lightning. And that is where liquid ammonia comes in.

Ammonia acts as an anti-freeze
Just as on Earth, ammonia can raise the liquid temperatures of elements. A mixture of 2 parts water and 1 part ammonia gas can remain in liquid form to do temperatures of minus 100 degrees.

So even higher up in Jupiter’s atmosphere, they form a water-ammonia liquid that helps in the creation of ‘shallow lightning’ storms.
Advertisement

As the ice crystals reach into the upper reaches of the gas giant’s atmosphere and melt in the ammonia gas, they turn into the seeds for exotic ammonia hailstones — dubbed ‘mushballs’ by the researchers behind the study — in addition to helping create lightning.

SEE ALSO:
Richard Branson could be Virgin Galactic’s first passenger in space as early as next year