Advertisement
Prabhjote Gill
Jul 20, 2020, 15:06 IST
The first footprint's on the MoonNASA
Advertisement
National Moon Day may only be celebrated in the United States but it marks a moment that is a milestone for all of humanity. National Moon Day commemorates the time Neil Armstrong landed on the lunar surface followed by his first steps saying, “That’s one small step for man, one giant leap for mankind.”
Come 2020, nearly five decades have passed since humans visited the Moon last. The last crewed mission to the Moon was on 7 December 1972 — not that space agencies across the world have softened their resolve.


Everyone wants a piece of the pie when it come to the Moon, including private companies like Amazon CEO Jeff Bezos’ Blue Orbit and ’s SpaceX. Both companies are also working alongside the National Aeronautics and Space Administration () to launch Artemis by 2024.


The Moon is now about property rights, not just exploration
The US government recently brought back the issue of property rights on the Moon. This is largely because enough scientific findings have concluded that there are minerals and chemicals on the Moon that could help companies save a fortune back on Earth.

The use of resources from the Moon also holds the potential to drum down costs for deeper space exploration. Helium-3, for instance, could a potential way to provide safer nuclear energy in a fusion reactor, since it is not radioactive and would not produce dangerous waste products according to the ESA


While there may be US flags symbolically planted or scattered remnants of Russia’s Luna Landers on the Moon’s surface, no nation claims ownership of the Moon — yet. The international legal status of mining in space continues to remain unclear and controversial.

Future missions to the Moon
The Indian Space Research Organisation () hopes that its Gaganyaan Mission will be successful in launching Indian astronauts into space paving the way for them to one day land on the Moon.


The US, the pioneers of exploration on the Moon, also their own mission pegged to launch in 2024. The $30 billion Artemis project is going to be the US’ first step towards building a Lunar Gateway — an outpost or moon base that will orbit the Moon and serve as a landing pad to and from the Moon’s surface — in addition to mining for resources on the surface.
Advertisement

According to the US government, Artemis will be the skeleton on which future manned missions — like a mission to Mars — will be built.

SEE ALSO:
As Saturn's iconic rings disappear, it's on the verge of losing its largest moon as well — at a rate that's 100 times faster than originally anticipated 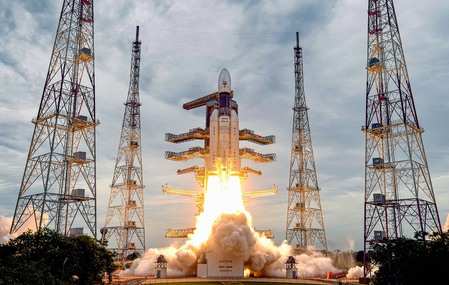