Advertisement
Prabhjote Gill
Sep 24, 2020, 11:27 IST
The first image of a black hole, revealed in 2019, has helped researchers analyze archival data sets. Those findings could help scientists formulate new tests of the theory of general relativity. EHT Collaboration​
Advertisement
The (EHT) Collaboration revealed the first-ever supermassive black hole captured on camera last year. The picture was not actually of the black hole dubbed M87* but its shadow.
Now, using data that spans back over a decade, data collected from the project shows that the shadow hasn’t gotten any bigger or smaller — but keeps wobbling.


The black hole and its accretion disk — the orbiting ring of hot matter — are larger than the entire Solar System combined. M87* is located around 54 million light-years away from Earth and weighs at least as much as 6.5 billion Suns.

Why is the supermassive black hole’s shadow wobbling?
The gas and material that’s falling onto the black hole heat up to billions of degrees. As it gets sucked in deeper, the gas ionizes and becomes turbulent in the presence of magnetic fields.

"Because the flow of matter is turbulent, the crescent appears to wobble with time," explained astronomer Maciek Wielgus, the lead author of the new paper published in The Astrophysical Journal.

This is the first time scientists have gotten a glimpse of what the dynamic structure of accretion flow looks like so close the event horizon. Studying how the shadow changes over time could allow experts to formulate new tests for Einstein’s theory of general relativity.

"Actually, we see quite a lot of variation there, and not all theoretical models of accretion allow for so much wobbling. What it means is that we can start ruling out some of the models based on the observed source dynamics," said Wielgus.

Observing the black hole over time
The original photo released in 2019 only used observations collected during a one-week window in April 2017, not long enough to determine any changes in the supermassive black hole’s shadow.


However, the researchers already had data on M87* from 2009 to 2013 collected using early prototype arrays.

Advertisement
"These early-EHT experiments provide us with a treasure trove of long-term observations that the current EHT, even with its remarkable imaging capability, cannot match," said Shep Doeleman, the founding director of EHT.

The older data is not as extensive as what was collected in 2017, which is why it is not enough to create an entire image. But, using statistical modeling, the researchers were able to observe changes in the appearance of the black hole over time.

The EHT collaboration has plans to study other black holes as well, including the Milky Way’s own Sagittarius A*. 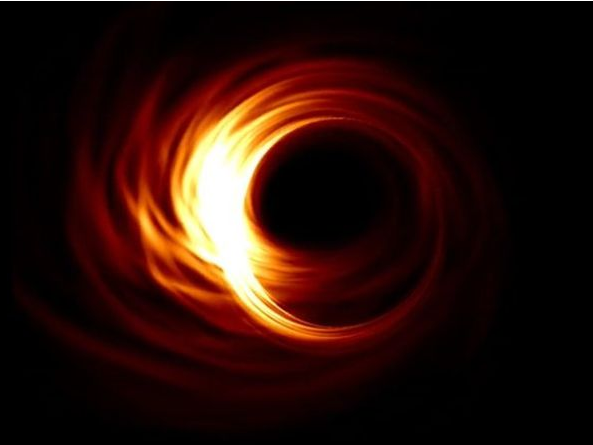