Sensex at 20-month low: Why bears may lurk around for a while 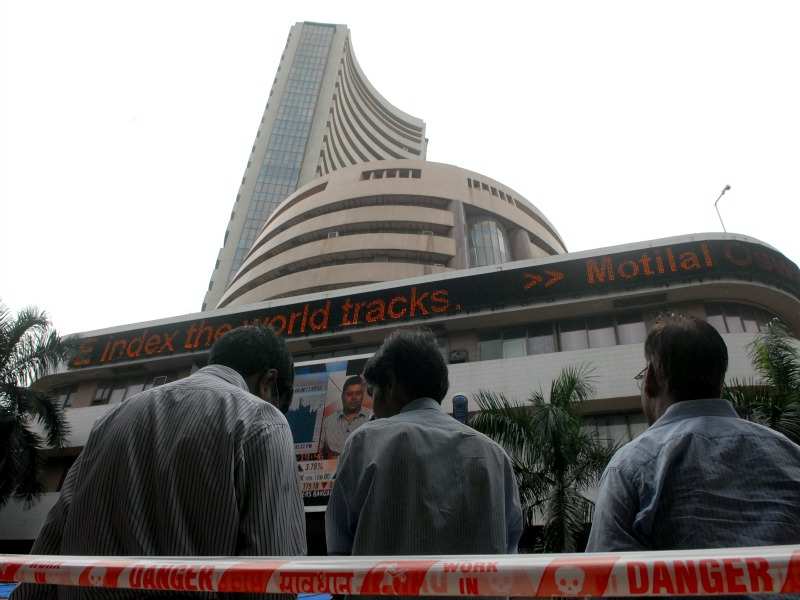 In the first week of September Saurabh Mukherjea, CEO, Institutional Equities, Ambit Capital became one of the first analysts to say 30-share benchmark index may fall deeply to touch 22,000, triggered by weakness in the home territory, uncertainty on China's yuan devaluation and possible interest rate hike by the US Federal Reserve.
Advertisement

This was the biggest dip in more than 20 months and ever since Narendra Modi-led BJP government came to power, kindling hopes of an decisive economic revival and an exceptional market run.

In the September report, Ambit Capital said a few things will play spoilsport for the domestic market.

With a likelihood of the Chinese central bank embarking on a continued devaluation of the yuan, the Indian stock market will be exposed to domestic products losing their competitiveness to their Chinese counterparts; and risks to India’s $0.5 trillion of foreign currency debt are likely to rise, it said, adding this is likely to drag Sensex to a deep fall.

Advertisement
Till a few months ago, many felt that Sensex dipping below 24,000 is an unlikely event.

But the carnage in the once bellwether Chinese market—that provided a cushion to the world economy when sub-prime mortgage crisis in the US ballooned to a crippling global slowdown in 2008—in recent months and resultant ripples in Europe and elsewhere has already taken its toll on the Indian market.

The huge outflow of funds from emerging markets, especially India, following Janet Yellen-led Federal Reserve’s December decision to raise interest rates after a long gap of close to 10 years coupled with the free fall of oil prices that tumbled to below $30 level, added fuel to the fire.

It is true that weak corporate earnings are an indicator of the choppy waters the markets are already in. However, the weak demand in Indian across cities is a more representative pointer to the trouble the broader economy is facing. With extremely low sales, realty is crumbling and this can have significant repercussions.

While markets like Bangalore and Pune managed to keep heads above water, Delhi-NCR and Mumbai have reported worst sales number in recent history, pointing to piling inventory which may take years to clear up and slumping demand. The still astronomical realty pricess in a market like Mumbai will continue to keep prospective home-buyers from testing the waters. While the developers have started cutting prices in order to boost sales, the banking sector will face the brunt of it in terms of bad assets.

Advertisement
An increasing number of developers finding themselves in the dock after defaulting on delivery datelines and facing rising number of cheating cases will add salt to the wound of the realty space.

The recent court rulings against top management of Mantri Realty and Unitech are just examples. While the Bombay High Court asked an official liquidator to seize assets, books and records of Mantri Realty in connection with a cheating filed by a bunch of investors and lenders, a Delhi court sent Unitech chairman Ramesh Chandra to 14-day judicial custody in alleged cheating cases filed by two investors.

As regulators clamp down on defaulting developers and trust-deficit continues to keep home-buyers way, battering realty space can widen cracks in the economy, aggravating the pain the markets are already going through.

Ambit Capital’s early premonition should be read along with a global outlook for the year ahead released recently by Henry McVey, head of global macro asset allocation at New York-based alternative assets management firm KKR & Co.

According to McVey, decelerated will impact more than more than China’s slowdown. The current slump in both trade and cross-border fund flows will have huge implications for the global economy over the next three to five years as economies become more inward facing to drive growth, KKR’s outlook stated.

Advertisement
McVey is just one among a litany of analysts who warn against the disturbing trend of a fall in nominal in several countries, especially emerging ones, despite real GDP growing at healthy rates. An increasing number of corporates reeling under mounting debt is yet another pointer of underlying weakness across economies.

However, compared with several developed markets including the US, where incomprehensive regulations are cited as a chink in armour, Reserve Bank of India has historically been religious in enforcing strict regulations to tame volatility in the market. Also, despite the recent market dip, the underlying strength of is still intact. Therefore, if the Modi government refuses to dilute its focus on reforms, the domestic market is stoic enough to rebound once the bears loosen the grip over the medium term.