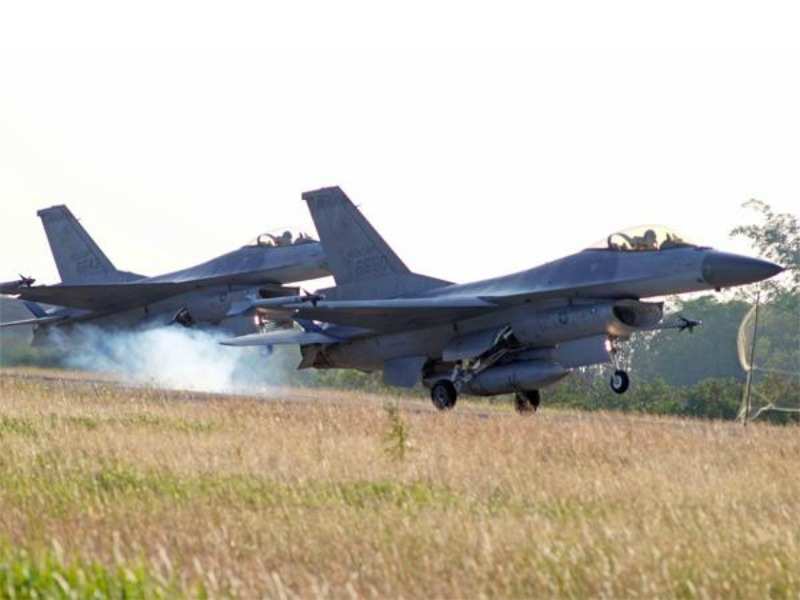 The relationship between India and the US went a notch higher and it resulted in some path-breaking results.
Advertisement

The talks between Indian Defence Minister Manohar Parrikar and US Defence Secretary Ashton Carter in Goa last week laid the ground for a path-breaking partnership between the two countries.

Under the Defence Technology and Trade Initiative (DTTI) with the US, India will soon get home the technology for fighter jet engines and will also build them within the next one year.

Talks are already underway for setting up state-of-the-art manufacturing facilities for fighter jets in India by top US companies, a move that will benefit India both economically and strategically.

A manufacturing facility for the F-16 aircrafts or the F/A18 super hornet jet fighters is an initiative that was discussed between India and the US under the DTTI, sources revealed.

Advertisement
Both the US fighter jet makers-Lockheed Martin and Boeing-have expressed keen interest to set up manufacturing facilities in line with PM Narendra Modi government’s “ Make in India” initiative.

Highly placed sources revealed that a top-level team from Boeing held detailed discussions with senior defence ministry brass on the issue on April 12, the final day of Carter’s visit to India.

The Indian defence establishment, sources said, has been keen to go for the twin-engine F/A 18 super hornets ( Boeing) over the F-16 single engine jets by Lockheed Martin after the indigenously developed Tejas light combat aircraft.

“We have decided to take forward discussions under DTTI more aggressively on key areas such as Jet Engine technology. We will also continue our very useful and productive discussions on cooperation in the framework of the Joint Working Group on aircraft carriers,” Parrikar told a media gathering.

“Both of us noted the strong complementarities between DTTI and the initiative….I hope to work together with Secretary Carter over the coming weeks and months to facilitate synergies between Indian and US companies in high technology areas, and in particular to promote participation of Indian companies in global supply chains,” Parrikar said.

Advertisement
For India, having a manufacturing facility for fighter jets means creation of skilled jobs besides creating an ecosystem for components, sub-systems and spare supplies.

“What will add to India’s strategic advantage would be that once you have manufacturing line in India, the same can be used for exporting to third countries,” said a senior bureaucrat.

“With the aim of encouraging greater participation of US defence industry in the Make-In-India program of the government of India, Raksha Mantri Parrikar informed Secretary Carter about the recently announced Defence Procurement Policy and other reforms in the Indian defence sector. Both sides agreed to encourage their respective defence industries to develop new partnerships in the pursuit of a range of cutting-edge projects. In support of Make in India, the United States shared two proposals to bolster India's suite of fighter aircraft for consideration of the Government of India,” the joint Indo-US statement said.

Next StoryThe world in photos this week
Advertisement
Popular on BI
Latest Stories
View All Latest
Trending News
Buying Guides
Advertisement
The world in photos this week
Russia controls this strategic slice of territory in the heart of NATO-allied eastern Europe
Kerry: We could have shot down the Russian jet that buzzed a US destroyer
Popular Categories
Trending Right Now