Snapdeal to snap up 10 more startups, in the e-commerce industry’s largest acquisition spree yet 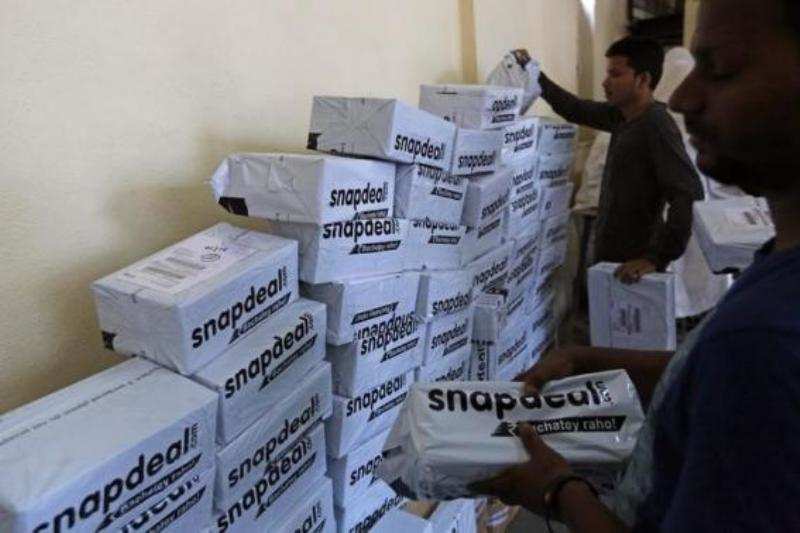 The $3 billion Indian ecommerce industry is buzzing with market leaders acquiring startups. In what could be the next big thing, having already acquired the maximum number of startups is planning to invest in 10 more such budding companies. In a bid to whiz past its competitors, and Amazon, Snapdeal has bought eight companies in the 5 years since its launch, perching itself on top of India's startup mergers and acquisitions leaderboard. As per a news report by The Economic Times, Snapdeal does not disclose the war-chest it has for buyouts but its recent acquisitions have been fuelled by the nearly $1 billion (about Rs 6,300 crore) it raised last year.

About 60% of its total budget are earmarked for technology and acquisitions said sources. The company has, typically, targeted buyout opportunities in the broader mobile and data analytics space, with a number of its purchases mimicking that of Chinese e-commerce behemoth as it attempts to create a complete ecommerce ecosystem.

"We may end up making a total of 10 (acquisitions) this (financial) year, subject to something being there that is interesting," Kunal Bahl, cofounder and chief executive of Snapdeal, said in an interview to ET. Earlier this month, Jasper Infotech, which owns and operates Snapdeal.com, acquired payments and mobile recharge startup in a cash-and-stock deal estimated at $450 million - the most expensive acquisition in India's nascent consumer internet sector.
Advertisement

Bahl further said, the Freecharge acquisition will add about $1 billion to the company's overall gross merchandise sales, which is currently estimated at $3 billion. GMV, a key metric for electronic marketplaces, is the total value of the goods sold on a platform. Snapdeal is currently ramping up hiring at Freecharge as it aims to dominate the online utilities payments and mobile recharge market, competing with One97 Communications-owned Paytm, which is backed by Alibaba Group affiliate Ant Financial.