BI India Bureau
Apr 14, 2017, 13:58 IST
Japanese investor has pumped in about Rs 1,675 crore in fresh in Indian transportation startup to give it more muscle to take American rival Uber head-on.

SoftBank subsidiary SIMI Pacific Pte picked 12,97,945 shares valued at Rs 10 at a premium of Rs 12,895 in ANI Technologies -- which runs Ola -- filings with the Registrar of Companies showed.

The allotment of shares was done in November last year, it added. 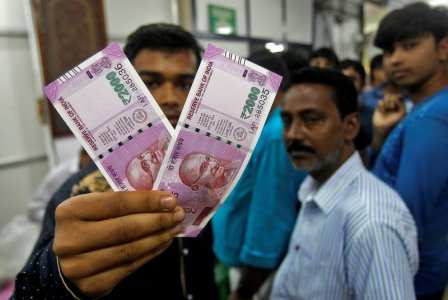 This Indian logistics startup is profitable for a simple reason

The latest funding, however, is believed to have come at a lower valuation.
Advertisement

According to sources, the move comes at a time when Softbank is working on selling , an e-commerce platform it invested heavily in India, to larger rival Flipkart.

The Bengaluru-based firm was aggressively looking at raising funds to compete with Uber, the world's most valuable start-up. After selling its Chinese business to Didi last year, Uber has now set sights on India making it one of its top priorities.

Though Indian Internet companies have seen a boom in user base, their valuations have come down as investors are now focussing on path to profitability and building a sustainable business model. Flush with private equity and venture capitalist money, many start-ups continue to have high burn rate that has been a concern for investors.

Advertisement
Earlier this week, India's largest e-commerce firm Flipkart raised USD 1.4 billion from Tencent, eBay and Microsoft in a round that saw its valuation fall from USD 15 billion to USD 11.6 billion now.
{{}}

This Indian logistics startup is profitable for a simple reason

Next StoryThis Indian logistics startup is profitable for a simple reason
Popular on BI
1
Birla is making Asian Paints and Berger Paints change colours⁠— and it’s bad news for those who got shares in Indigo IPO too
2
An American electric car maker explains why it took a different route than Elon Musk’s Tesla, Tata Motors or Mahindra
3
Microsoft stock jumps after reporting cloud and Windows revenue that beat Wall Street estimates
Latest Stories
Trending News
Buying Guides
This Indian logistics startup is profitable for a simple reason
Self-Doubts of an Startup Entrepreneur
Trump needs to clean up his act if small businesses are going to thrive - at home and abroad
Popular Categories
Trending Right Now
More from our Partners