Rounak Jain
Jun 5, 2020, 13:07 IST
Hexaware office in MumbaiHexaware
The Hexaware stock hit the upper circuit on the stock exchanges in the Friday morning trade (June 5), locking at ₹311.30 after a delisting proposal was made by the company's promoters. The share remained locked at the upper circuit of 20% even as the company proposed to delist shares at ₹285 per share, which is a 10% premium over the closing price as on June 4.

"HT Global IT Solutions Holdings, the promoter of the company has expressed its intention to acquire all fully paid up equity shares of the company that are held by the public shareholders of the Company," Hexaware said in an exchange filing.


The promoters of Hexaware own 62.44%, while the rest is owned by mutual funds, foreign institutional investors and retail investors.
Advertisement
"The promoter considers a price of Rs 285 per equity share (Indicative Offer Price) as a price at which the promoter / promoter group will be willing to accept equity shares in the delisting proposal," the company further added. 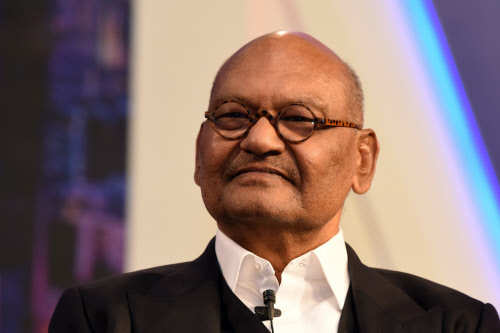 What are the analysts saying?
Advertisement
Analyst houses are either neutral or bullish on the Hexaware stock.

HDFC Securities has maintained its ‘Buy’ rating on the stock with a target price of ₹300, which it has crossed in the first hour of trading today. The research house says that Hexaware’s higher profit after tax (PAT), strong sales and lower client risk puts Hexaware in a strong position.

Emkay Research, on the other hand, has maintained its ‘Hold’ rating with a target price of ₹300. It credited Hexaware’s net profit gains to improved forex performance in Q4 2020.
Advertisement
What happens next?

Who holds how much of Hexaware stock?


Mutual funds, foreign institutional investors and retail investors own 37.56% of the stake in the company. However, given the 20% jump in the Hexaware share price today, it is likely that the company will be able to easily convince the minority shareholders.
Advertisement
Source: BSE, Kotak Securities

Next StoryIndia's NSE price quotes did not reflect after a technical glitch
Popular on BI
1
Indigo Paints’ ₹1,000 crore IPO is a hit even before it opened⁠ for subscription— here’s why
2
Budget 2021: From Income Tax deductions to creating jobs and boosting healthcare – Here’s all that could be in Nirmala Sitharaman’s fiscal plans
3
Bhuvan Bam on being India's first digital content creator with 3 billion collective views reach and 20 million subscribers
Latest Stories
Trending News
Buying Guides
India's NSE price quotes did not reflect after a technical glitch
SEBI orders special audit of Franklin’s six debt funds – with ₹30,800 crore wealth locked in, wary investors demand reopening
A deal with Google is not the only lifeline Vodafone Idea is betting on
Popular Categories
Trending Right Now
More from our Partners