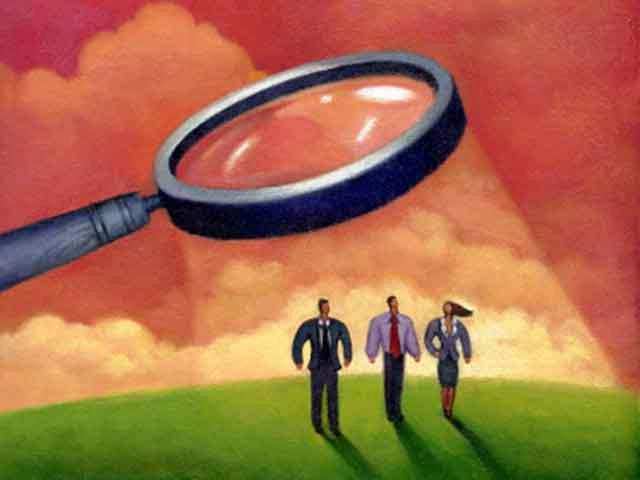 BANGALORE: TCS has become the world's third largest employer of people in the technology sector, with over 3 lakh employees. And given the pace at which it is growing, it could become the second largest employer this year, crossing Hewlett-Packard, and would be fast closing in on leader IBM.

In India, it's one of the biggest creators of jobs in recent years, possibly even the biggest. Besides the Indian army, government departments like the Indian Railways and India Post, and PSU companies like Coal India, there's perhaps no other company that has more employees. And unlike the government departments, which are mostly reducing their staff strength, TCS numbers are rising each year by between 25,000 and 35,000.

In the last fiscal year, the $13.4-billion hired 61,200 people, with the net addition being 24,268, discounting those who left the company. The net addition in each of the past several years has been along similar lines or higher. 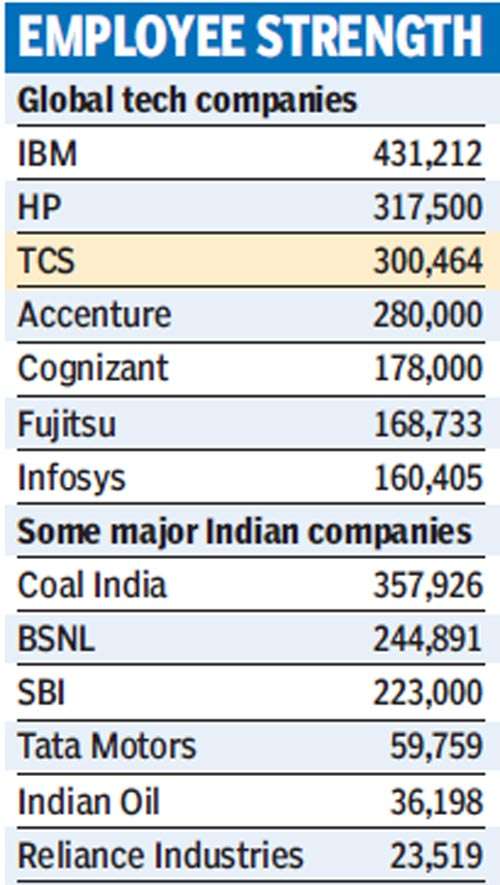 On the contrary, for some of the leading global tech companies, numbers are dropping given the transformations they are going through to deal with shifts in technology towards areas like cloud computing and mobility. HP had 349,600 employees in 2011, but that number is now down to 317,500. IBM, which has about 4.3 lakh employees, is also in the midst of layoffs.

Advertisement
TCS has said it will hire 55,000 people this year. If the net addition is half of that, it will be well ahead of HP's number by the end of this fiscal. Among Indian IT companies, Infosys is almost 50% of TCS with 1.6 lakh employees.

Sanchit Vir Gogia, chief analyst at Greyhound Research, says TCS is ahead of many of its Indian peers in identifying new areas of growth, making and all the right noises. "It is betting big on the Digital Five Forces—mobility, big data, cloud, social media and robotics," he said.

Analysts also find it remarkable that it has grown its people strength so quickly, and yet created an organizational structure nimble enough to handle these numbers. Equally, it has kept its people costs under such control that it is seen as a major factor in its extremely high operating margins (over 28%), perhaps the highest among large companies in the global IT services industry.

Advertisement
Pradeep Mukherji, president and managing partner in global management consulting firm Avasant, said TCS is managing the huge workforce by breaking it into smaller business units that each function virtually as a smaller company. "The depth and breadth of middle management and work delegation, managing a good onshore and offshore mix are some of the key drivers in managing the employee pyramid effectively," he said.

TCS' employee cost has risen from Rs 90 billion in 2007 to Rs 319.2 billion in 2013, but the cost per employee has barely risen in these past seven years. The cost per headcount has grown from Rs 11.5 lakh in 2007, to Rs 12.4 lakh) in 2013, an annual increase of a mere 1.2%, said a report by US-based IT advisory firm HfS Research. "A conservative estimate of 8% annual wage hike in India, 2% hike in developed countries and 4% hike in developing countries will lead to about 7.5% weighted average annual wage hike for TCS' mix of employees," said HfS analyst Pareekh Jain. In other words, TCS has been able to offset its salary hikes through other measures.

One of the biggest of these looks to be a sharp increase in its fresher intake relative to the intake of experienced employees. The percentage of freshers hired (of total hiring) increased to 81% in 2013 from 51% in 2007, finds HfS.

Advertisement
"They have stretched the employee pyramid with an army of junior employees. TCS is aggressively hiring in tier-2 and -3 cities that offsets cost to a large extents TCS has also focused on automation and reusable software tools and frameworks to improve employee productivity," said Sudin Apte, CEO of IT advisory firm Offshore Insights.

Advertisement
But some also caution that adding employees in such large numbers may not be the best way to go in the longer run. "Linear employee growth is not a sustainable solution in the long run as newer technologies are nudging IT firms to explore non-linear revenue growth, growth delinked from headcount," said Mukherji.

Gogia echoed that: "With new technologies, especially automation, shaping the world, it's only prudent that TCS utilizes its employees effectively."
NewsletterSIMPLY PUT - where we join the dots to inform and inspire you. Sign up for a weekly brief collating many news items into one untangled thought delivered straight to your mailbox.
CAPTCHA: