Think twice before taking a leak on Railway Tracks. If caught, you will pay Rs 5000 as fine! 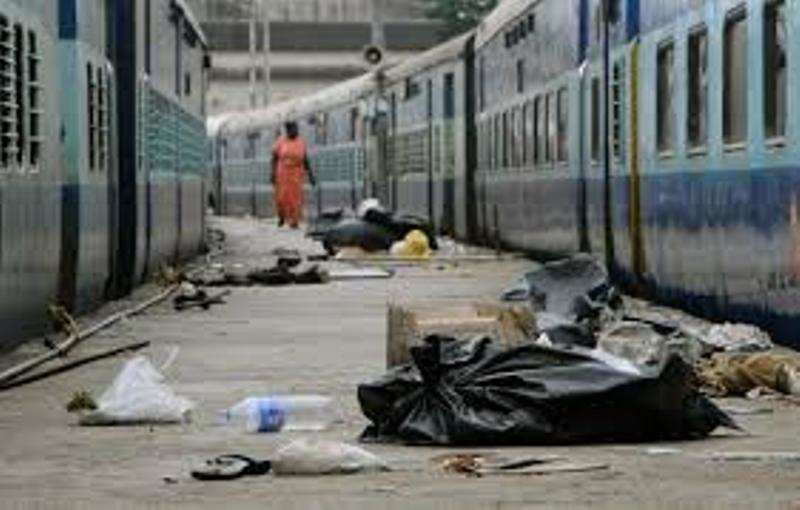 Narendra Modi’s dreams of a ‘Swachha Bharat’ finally seems to be gaining some ‘on the ground’ momentum, what with Green Tribunal announcing a slew of measures, targeted specifically at cleaning up the ‘open toilet’ that the Indian Railways have become. The NGT’s newly announced measures include mobile toilets for slum dwellers and hefty fines for littering, to tidy things up.
Advertisement

The green tribunal, has not for the first time expressed severe shock at the destitute state of cleanliness of the railways, and has directed the railway and municipal authorities to set up mobile toilets to ensure that people living in slums adjoining the rail lines do not defecate in the open along the tracks and imposed Rs 5,000 fine for littering railway platforms and tracks as part of measures to ensure and maintain clean tracks, said an Economic Times report.

A bench headed by ( NGT) Justice has asked the authorities to identify locations and provide dustbins to ensure proper and regular collection in the 46 slum clusters that adjoin the railway tracks across the capital.

Not only that, the green tribunal has also directed the railway authorities to collect, transport and treat all the collected waste at treatment plants, instead of directly releasing the garbage into sewer system, the report said. The authorities have also been ordered to install mobile toilets near slum clusters to control pollution caused by plastic products and human defecation around railway tracks.

The tribunal also pulled up the Railways for its "utter failure" in keeping platforms and tracks clean. "We are shocked at the state of affair that is prevailing. Equally irresponsible is the attitude adopted," it said. "Maintaining clean and hygiene at the stations and tracks is the prime duty of the railway authorities and it cannot shift the burden in this regard to any other department," the bench said.

Advertisement
The ET report said that the green court had issued a set of directions in July last year for collecting and managing waste, particularly of people living along the railway tracks. These were followed up with detailed directions in December. However, there has been little action on these directions.

On March 2, the tribunal had summoned the chairman with records of the platforms and railway tracks, which are continuous sources of environmental pollution, causing serious health hazards. Following that, the tribunal had ordered that senior officials of the railways and the three commissioners of the municipal corporations of Delhi meet and draw up a plan.
NewsletterSIMPLY PUT - where we join the dots to inform and inspire you. Sign up for a weekly brief collating many news items into one untangled thought delivered straight to your mailbox.
CAPTCHA: