Tata Power CEO Anil Sardana: The only investment that has really gone well in India is in renewable sector 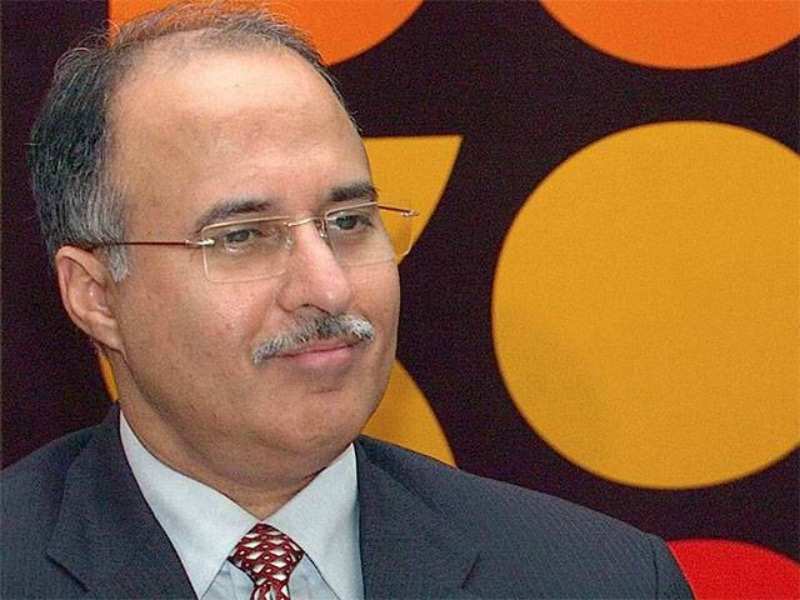 CEO and MD of Tata Power Anil Sardana has turnaround Tata Power Delhi Distribution story and under this, the discom has scripted a success story.

Sardana, who has worked with NTPC, BSES in his career spanning more than three decades, is not only a well-known name in the energy sector but is also known for his acumen and no-nonsense style of functioning.

Sardana’s immediate colleagues say they learn a lot from him and handles toughest of situations with aplomb.

Serving as the Executive Director (Business Development & Strategy) for Tata Power in 2007, Sardana continued to be on its board till July 2008. Sardana was also the Managing Director of Tata Teleservices Limited for over three years from 2007 to 2011.

In a free-wheeling interview with Anupama Airy, Sardana spoke about Tata Power’s growth plans and strategies.

Q: What do you think about the emerging mix of thermal, hydel and renewable energy in the country?

A: I am happy to see the emerging focus on green energy but on the way forward, as far as long-term sustainable investments in the power sector are concerned, what we need is a policy that defines the energy mix that the country would have in next 5-10-15 years. This clarity will help companies plan their investments in a more systematic manner. Also, this will bring corrections in tendencies to undertake one genre of generation option. For example, while country talks about commitment towards Hydro, our actual portfolio shows dwindling hydro share which is now down to all time low of 14%. It is therefore important to have a guideline on portfolio mix that states should adopt, so that all genres are developed, as per energy security guidance. And above all and before we talk of generation, we need to first improve the off-take and distribution.

Q: But we have the UDAY scheme for reforming the distribution side and also the state finances?

UDAY is an excellent initiative and some states have also come forward and signed agreements. But such schemes existed before as well, albeit in different forms. State power distribution companies have to commit themselves and look at turnaround on a sustainable basis. Given the incentives offered under UDAY, some states have come forward to join scheme in line with the operational and financial efficiency parameters set in the agreements with distribution companies. It is also for the first time that all these agreements have been made public and I must admit that contains an excellent set of deliverables from states and the discoms. It is for the first time that such an elaborate and micro level documentation has been made. It is now to be seen as to how many states on ground level would be able to manage discernible change.

Interestingly there is also no mention about change through PPP or privatisation in the distribution sector, in case the promised changes were not met.

Now, if states actually follow the parameters laid under UDAY, the delivery of power with reduced AT&C losses will become a surety. The regulators have to be more proactive in their approach. Else the investment won’t flow just because the opportunity lies. The viability has to be assured before fresh investments flow into generation projects. One has to wait and see how distribution companies respond to this.

Q: Presently, India’s installed capacity is close to 3 lakh MW but only about 1,40,000 MW or so is available which is less than 50%. So why do we need more generation?

See, it is not that demand is not there. Our per capita consumption is 1000 KwH compared to global average is 3000 KwH. Do you know that at least 60-90,000 MW capacity is stacked up by industry as standby back up and thus very high cost power is being produced by the industry using diesel gensets.

Now, this same requirements can be met out of the available electricity and through the grid, which is a much cheaper option for the industry than spending close to Rs 14-16 a unit on DG set power. So if industries can be assured of stable and quality power, the entire DG generated power can get replaced from this unutilized power that you spoke of. The industry is ready to pay provided the power supply is predictable. Similarly, all out efforts need to be made to enhance off take and per capita consumption.

Q: What are the investment plans of Tata Power?

Tata Power’s investment verticals are India and neighbours; Africa; Middle East & Turkey; and Southeast Asia. Going by my past five years’ experience, Tata Power hasn’t taken any decision of investment in India other than renewable. All decisions have gone to the other three geographical verticals. For the simple reason that we found that the rewards were more and risks could be mitigated there. The only investment that has really gone well in India is the renewable. I cannot assure you that we have a particular strategy to invest in India or abroad and it’s simply a function of risk-reward profile.

Q: Is reducing the cost of coal prices is a big positive for companies like Tata Power?

All our assets are performing at good operational level, with our average PLF at over 70%. Most of our power assets are doing well and the robust growth is evident in our results.

Q: Tata Power is seen concentrating more on non-fossils segment than thermal based projects. What are your expansion plans?

Well, we don’t have any specific target for geography nor on a specific portfolio. We are investing in India and abroad wherever we see a viable project with reasonable returns & controllable risks. Besides India, we are focussing in three geographies –Southeast Asia, Middle East and Africa. For the Southeast Asian region, we have our headquarters in Indonesia, for Africa it’s in Johannesburg while for Middle East region, we are based out of Turkey in Istanbul. Even in these regions, the investment decisions are based on viability parameters, mitigable risks and returns that are above the threshold.

Q: But we see the company focussing more on global projects lately….

Like I said, we don’t have any identified projects or places where we should invest or not. Yes the reason for most of our investments in projects outside India is simply because of faster approvals and clearances. We go wherever we can add value for our shareholders.

Q: Given your experience in Mundra UMPP, will you go for another UMPP as we hear two are on the radar. How has the journey been for Tata Power when it comes to Mundra especially as the coal comes from your mines in Indonesia where change in laws increased the imported coal prices.

We do not have any pre-conceived notions and we evaluate a project as the opportunity comes. If another UMPP is offered with all risks covered, we will surely go ahead. If the final bid documents address all risks that a developer has to deal with, we will surely look at the new UMPPs on offer. And when you talk of the impact of higher coal prices on cost of power, the impact is just 25 paise a unit and we still continue to be one of the cheapest. It is easy for me to keep earning my fixed costs with 80% availability but it’s sad that states & country is losing advantageous lowest cost power. The states are bureaucratic to not decide to procure power at low cost. In one of the meetings, a Government Finance expert told procuring states that by not taking a pragmatic call you are sitting on rights of buying 100% of ZERO. Also, unfortunately there is no policy to guide extra availability & extra power into the grid and offer to those who want it at rates inclusive of compensatory tariff and ready to buy. Presently, with lower coal fuel prices, Mundra’s performance is much better compared to what it had been doing in the past though under recovery will continues.

Q: After successful operations in Delhi, are you open to taking up more distribution franchisee?