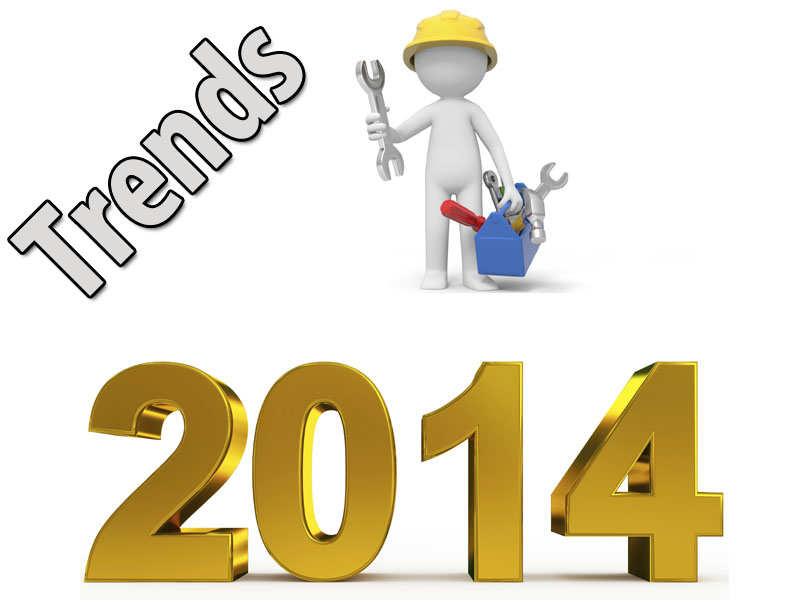 2013 was a decent year for technology. Though we were expecting much more from it, we did see some nice innovations that grabbed our attention. Our expectations from is very high, while wearable tech will be on the rise we are going to see some astounding innovations on the car tech front. We asked some of the tech and IT companies present in India about the tech they think will be on the rise in 2014 and here is what they had to say.

BlackBerry – Ashish Gupta, Director, Marketing, India
Machine2Machine is the next phase of innovation and is surely to become the next buzzword for consumers. Imagine if you can download a mobile app that helps you open your refrigerator or fill a cup of coffee at the vending machine or broadcast videos on your television set through your smartphone! Who wouldn’t be excited right?

The next big technology about to create waves is – Near Field Communications or NFC. Sure, we may not see a wild proliferation of NFC, but 2014 will be the year when brands will increasingly start offering the taste of the first fruits of NFC as mobile devices begin to adopt the technology. The next trend to look out for is Enhanced connectivity. Consumers can now not only expect to stay connected 24/7, but also want to share their experiences and knowledge from their device(s) whether it’s at home, in the car, or on the go. Advertisement
Intel - Sandeep Aurora, Director, Marketing & Market Development, Intel South Asia
2014 will prove to be a year of rapid innovation and Intel will continue to move full steam ahead in the tablet and 2-in-1s space heralding a shift to technology design with the consumer at its core. Tablets and 2-in-1s are revolutionary devices that give users portability along with a desktop experience. People will choose these devices as they are easy to carry and allows them to continue working on the go. This will provide users an integrated experience and they no longer have to choose between the two; as it’s the best of both worlds.

This year would also being rapid increase in emerging technologies such as human augmentation, speech-to-speech translation, augmented reality, gesture control and wearable user interface’s. In terms of big data, Intel believes that having 15 billion connected devices in the next few years is achievable and will prompt the whole industry to grow around predictive analysis and raw data. Big Data will help make companies smarter through predictive analytics making them progressive in terms of business growth.

Advertisement
Sandisk - Rajesh Gupta, Country Manager, India
We expect the secular demand trends of increased content, improved connectivity and more mobility (trends we believe are driving the Smart Digital Lifestyle) will continue into 2014 and beyond. For the enterprise market, this means increased penetration of flash-based solutions to speed access to critical data, lower power consumption and reduce overall Total Cost of Ownership. For the smartphone and tablet markets, we believe that flash will continue to play a critical role in consumers being able to leverage smaller and lighter mobile devices with greater storage capacity. For the PC market, while overall unit numbers are decreasing, the percent of penetration of flash-based SSDs is rising, which we expect to continue. And, lastly, for the retail market, higher capacity solutions and forefront with storage solutions portend on-going strength globally.

Epson - Samba Moorthy – Director, Sales & Marketing, India
I see adoption of three key technology trends, all related to the businesses we operate in. Firstly Inkjet Ink Tank printers will give people the freedom to print in colour, at ultra-low costs like never before, both at home and office. Secondly for industrial printing while there will always be a place for high-volume single-image production runs, the birth of lean, multi-version, quick turnaround, short-run production is at hand. And finally home entertainment will truly move to the next level and come to life with fantastic 3D Home Theatre projection technology.
Advertisement WD - Subroto Das, Director – India & South Asia
Indians are consuming and generating massive amounts of digital content. Today, Indians are amongst the largest smartphone and internet users; to safeguard their digital lives, they need devices with high storage capacities. 2014 is likely to see growing adoption of personal devices such as smartphones and specialized storage devices like personal cloud storage devices and portable hard drives with large storage capacities. Today’s consumers are becoming increasingly mobile, which leads to an increase in the demand for products with small form factors that support their regime. As a result 2014 will see new that are even more compact, sleek and handy, so that they can be carried around easily.

Additionally, consumer lifestyles will also lead to greater demand for access to data, even when the consumer is outside of their work/home environment, making the concept of personal cloud quite popular. Due to privacy, security and high costs, consumers are likely to further embrace personal cloud storage devices for the bulk of their personal storage needs.

Acer - S. Rajendran, Chief Marketing Officer, India Advertisement There will be more and more connected mobile devices such as Smartphones and 3G Tablets than the traditional PC’s and Laptops. Consumers are expected to use at least three connected devices for their diverse needs ranging from editing spreadsheets, watching videos, or simply connecting with friends. Over the next 12 months, with increased and more effective connectivity, we will witness a significant majority of Indians being more connected to the Internet and with each other. While the consumer’s form factor of choice remains to be seen, hybrid devices, an interesting mix of PCs and tablets, may emerge as a winning proposition and Touch interface is expected to be more pervasive due to the positive experience rendered by Smartphones and Tablets.

Zync Global - Amul Mittal – Co Founder
Tablets running on the Android operating system are likely to lead the way. Smartphones with 3G are the norm now while early adopters are already moving on to models compatible with 4G networks. Operators are also going to try to experiment with phone subsidy plans which are much more common in the US to reduce the overall initial costs of purchasing a phone. With increased mobile usage this year, there will be a flood of apps in app markets, it’s going to become difficult for these apps’s to stand out from each other and many of them might convert into paid apps.

Nimbuzz - Vikas Saxena, CEO Advertisement We are seeing two mega consumer trends right now, messaging and International calling have stopped being a Telco service and are now clearly crossing over to become Internet services. With better access to Wifi and more people adopting 3G and Smartphones, International calling will rapidly climb from here onwards. For example 4 out of 10 Nimbuzz users in India today already connect from a Wifi at least once in a day and this number is climbing fast. This gives us an indication of how fast Internet connectivity is becoming available to Indian consumers. Voip will democratize International telephony in the same manner as 1 paisa per second did to national calling. Our product NimbuzzOut is leading this wave in the country.