Archie Comics on Spotify will include content for older audiences

Prabhjote Gill
Jul 13, 2020, 08:34 IST
Archies Comics and Spotify sign an exclusive partnership to bring the Archieverse to podcastSpotify
Many a kid in India has grown up reading Archie Comins in the ‘80s and ’90s but after most them upgraded from dial-up to broadband interest — comics took a backseat. Now, Spotify is ready to cash-in on that nostalgia by bringing back the comics on podcast not just in India but worldwide. 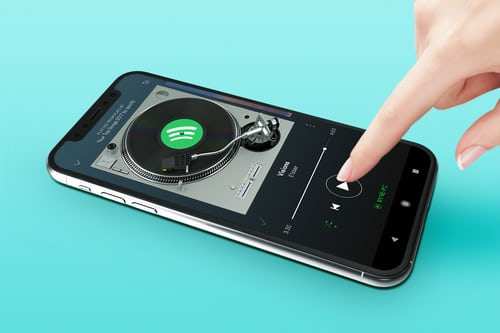 
The Swedish audio streaming giant has signed an exclusive deal with Archie Comics to stream the world of old school soda shops, jalopies and ‘sock hops’ on audio. The financial details of the deal were not disclosed.

In addition to producing all-ages content, Spotify plans to create podcasts aimed at older audiences akin to Riverdale and the Chilling Adventures of Sabrina. Advertisement
“Bringing the iconic Archie library of characters to Spotify is a perfect match, and we’re so excited to partner with them to explore new, compelling stories featuring our characters. It’s an amazing frontier and we can’t wait to unveil what we’ve been working on,” said Archie Comics CEO and Publisher Jon Goldwater.

The deal with Spotify includes the entire Archieverse, including Archie, Betty, Jughead and Veronica as well as Sabrina and Josie and the Pussycats among others — much to the relief of Sabrina fans who just learned that the series on Netflix will be coming to an end this year.

According to Counterpoint, its subscriptions have increased 35% year-on-year (YoY) to hit 394 subscribers globally.

SEE ALSO:
Facebook's software kit to blame for Tinder, Spotify, Pinterest and others crashing on iPhone

Next StorySteps for video meeting from Google Meet on phone or laptop
Popular on BI
1
How much Deloitte, KPMG, EY, and PwC accountants and consultants make, from entry level to executive roles
2
Instagram could face up up to $500 billion in fines in class-action lawsuit alleging it illegally harvested biometric data
3
I left a career in sports television to become a writer. Here's how I made the first year a success — and what I wish people people knew about freelancing.
Latest Stories
Trending News
Steps for video meeting from Google Meet on phone or laptop
Top Xender alternatives to share your files, apps and more
TikTok alternatives⁠— reviews of the top three short video apps on Google Play Store
Popular Categories
Trending Right Now
More from our Partners