Advertisement
Rounak Jain
May 22, 2020, 15:13 IST
Xiaomi founder Lei Jun with Xiaomi India MD Manu Kumar Jain.BCCL
Xiaomi’s shares plunged nearly 7% on the Hong Kong stock exchange after the smartphone maker clocked a 10.6% growth in profit in the Jan-March quarter. This was a time when the global supply channels were open for the most part but still, Xiaomi’s profit had already fallen sharply from the 34% in the preceding three months.

Now, investors fear that the global lockdown that is already into the sixth week, may further dent the prospects for one of the world’s biggest smartphone makers.

Xiaomi reported total revenues of $7 billion, which is a growth of 13.6% when compared to the same period last year. Net profit increased to $320 million at a growth of 10.6%.
Advertisement
Source: Xiaomi

“Production in mainland China has mostly resumed, and smartphone demand has rebounded quickly. Since April, mainland China smartphone shipments have gradually returned to the pre-pandemic level,” the company said on its official corporate blog.

However, half of the company’s sales come from markets outside its home country China⁠ ⁠— and the biggest of all foreign markets for Xiaomi is India.
Advertisement
With restrictions on e-commerce and retail shops still in force in several parts of the country, economic activity has come to a virtual halt, and with it, sales of smartphones.

To work around this problem, Xiaomi announced Mi Commerce platform for retailers as well as customers. Customers can use this platform to order Xiaomi products from retail stores from the comfort of their homes. The orders placed will be delivered by the retail stores, and customers can make the payment through contactless modes like UPI.

However, with a sharp economic slowdown underway, it is likely that the demand for smartphones, especially the high-end phones and those with 5G compatibility that cost more than usual, are likely to take a hit.
Advertisement
Even in the last quarter, Xiaomi’s revenue growth was helped by the rising sale of 5G smartphones in China. These higher-margin phones took the average selling price higher by 7.2%. Investors fear juicy segments like these may take a hit too.

With the rest of the world still trying to cope up with the COVID-19 pandemic and lockdowns in place in several countries, Xiaomi might have a difficult time recovering to its high-20s revenue growth levels. 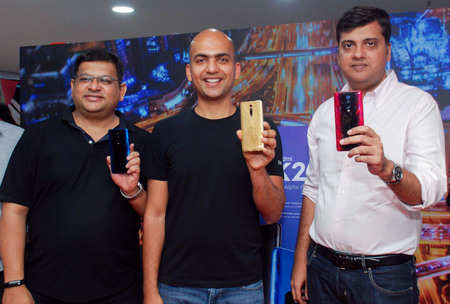