Apple under fire from China over HKmap.live app that tracks police activity amid Hong Kong protests

Advertisement
SCMP
Oct 9, 2019, 09:25 IST
Chinese state media on Tuesday accused Apple Inc of protecting "rioters" in and enabling illegal behaviour, after the US-based technology giant listed on its an application that tracks police activity in the city.

Apple had previously rejected the app, called HKmap.live, but reversed its decision on Friday and made the programme available for download from the iOS App Store on Saturday, according to the program's developer.

The developer declined to give a name when contacted via , citing concerns of arrest by the government.

Advertisement
The app relies on crowdsourced information to track the location of police presence in the city, alerting users to police vehicles, armed officers and incidents in which people have been injured. The app - a website version is also active - displays hotspots on a map of the city that is continuously updated as users report incidents. 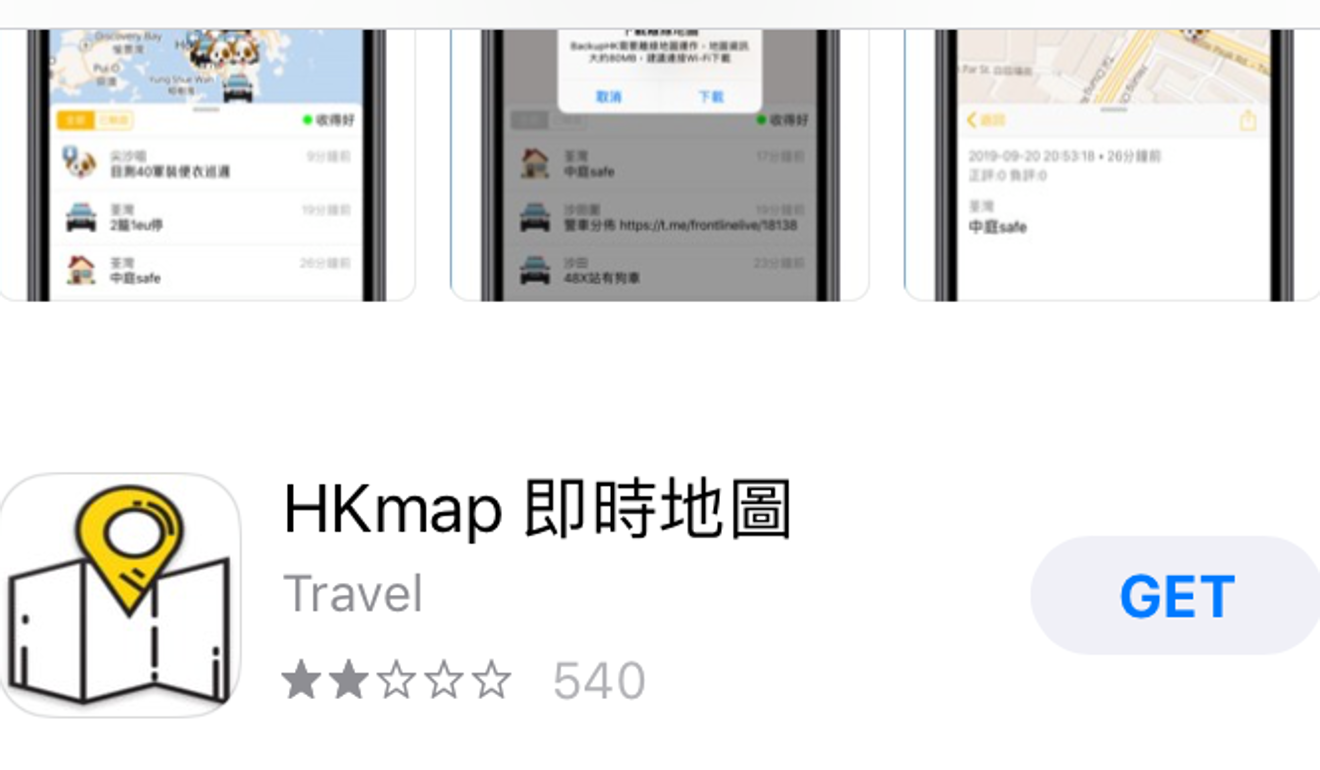 "By allowing its platform to clear the way for an app that incites illegal behaviour, [does Apple] not worry about damaging its reputation and hurting the feelings of consumers?" said a bellicose commentary published on the app of People's Daily, the Chinese Communist Party mouthpiece.

Advertisement
The opinion piece, which was promptly republished by numerous other mainland Chinese outlets, was signed "Bolan Ping", an apparent pen name translating to "calming the waves" that has only emerged in recent weeks and that exclusively addresses issues relating to the unrest in Hong Kong.

The piece made no mention of the fact that the app is also available to Android users via the Google Play store.

Apple did not respond to requests for comment. The onslaught of vitriol against the company was the second within days against a prominent US entity with far-reaching economic interests in the Chinese market.

Advertisement
Over the weekend, the National Basketball Association (NBA) found itself the subject of a vicious backlash in China over a post on Twitter by a team's general manager that seemed to support the Hong Kong protesters.

Protests in Hong Kong, sparked in June by a now-withdrawn proposal to amend the city's extradition laws to allow transfers to the mainland, among other jurisdictions, have grown to include demands for pro-democracy measures. Now in their 18th week, they have also turned increasingly violent as authorities have pursued a zero-tolerance approach to demonstrations.

In just the past week, two teenaged protesters were shot by live police rounds and Chief Executive Carrie Lam Cheng Yuet-ngor invoked emergency powers to ban the wearing of masks in public.

Advertisement
Demonstrators have accused the police of using undue force in their handling of protests, and have incorporated an appeal for an official inquiry into allegations of police brutality into the movement's core demands.

Bystanders and observers have also been swept up in the violent clashes between protesters and police, with one journalist permanently losing sight in her right eye after being struck in the face by a rubber bullet.

Against such a backdrop, users of the HKmap.live app have praised it as a valuable tool for avoiding flashpoints and moving through the city safely.

Advertisement
Commenting on the Google Play store, where the app has been downloaded over 10,000 times and has a 4.1 star rating, one user said the app had helped "make my way to [my] hotel safely and faster".

But the People's Daily commentary argued that the app's primary purpose was to enable evade police, and accused Apple of "opening the door wide for those violently wreaking havoc on Hong Kong".

Evoking China's historical suffering at the hands of foreign powers, the piece said that Apple's distribution of the "poisonous app" was a "betrayal of the Chinese people's feelings".

Advertisement
Online commentators in China overwhelmingly appeared to agree; in under three hours the article received over 50,000 likes on Weibo, the Chinese social media platform, as well as scores of comments calling for boycotts of Apple.

Such outcry echoed the recent vitriol against the NBA and, in particular, the Houston Rockets. Daryl Morey, general manager of the Rockets, tweeted an image that read "Fight for freedom, stand with Hong Kong" - a slogan frequently used by the protesters - on Saturday before quickly deleting it.

The post drew outrage from the Chinese public, government officials and Chinese business partners of the league, and prompted the Chinese Basketball Association to suspend ties with the Rockets.

Advertisement
As the NBA scrambled to distance itself from Morey's post, the league came under fire at home, with scores of US lawmakers accusing the association of sacrificing principle for profit. NBA commissioner Adam Silver has since sought to assuage such concerns, saying at a Tuesday news conference in that the league supported Morey's right to freedom of speech.

For more insights into China tech, sign up for our tech newsletters, subscribe to our Inside China Tech podcast, and download the comprehensive 2019 China Internet Report. Also roam China Tech City, an award-winning interactive digital map at our sister site Abacus.