Realme Smart TV launched in India at a starting price of ₹12,999 with smartwatch and wireless earbuds in tow

Rounak Jain
May 25, 2020, 14:52 IST
Realme Smart TVRealme
Realme Smart TV has been launched in India today, marking the foray of the Chinese upstart into the smart TV segment. Priced at ₹12,999, the Realme Smart TV takes on the market leader Xiaomi’s Mi TVs, which also start at a similar price.

Powered with MediaTek 64-bit quad-core processor and Dolby Audio-certified 24W quad stereo speakers, the Realme Smart TV comes in two variants – 32-inch for ₹12,999 and 43-inch model for ₹21,999. Both the models will go on sale on realme.com and Flipkart, starting June 2. 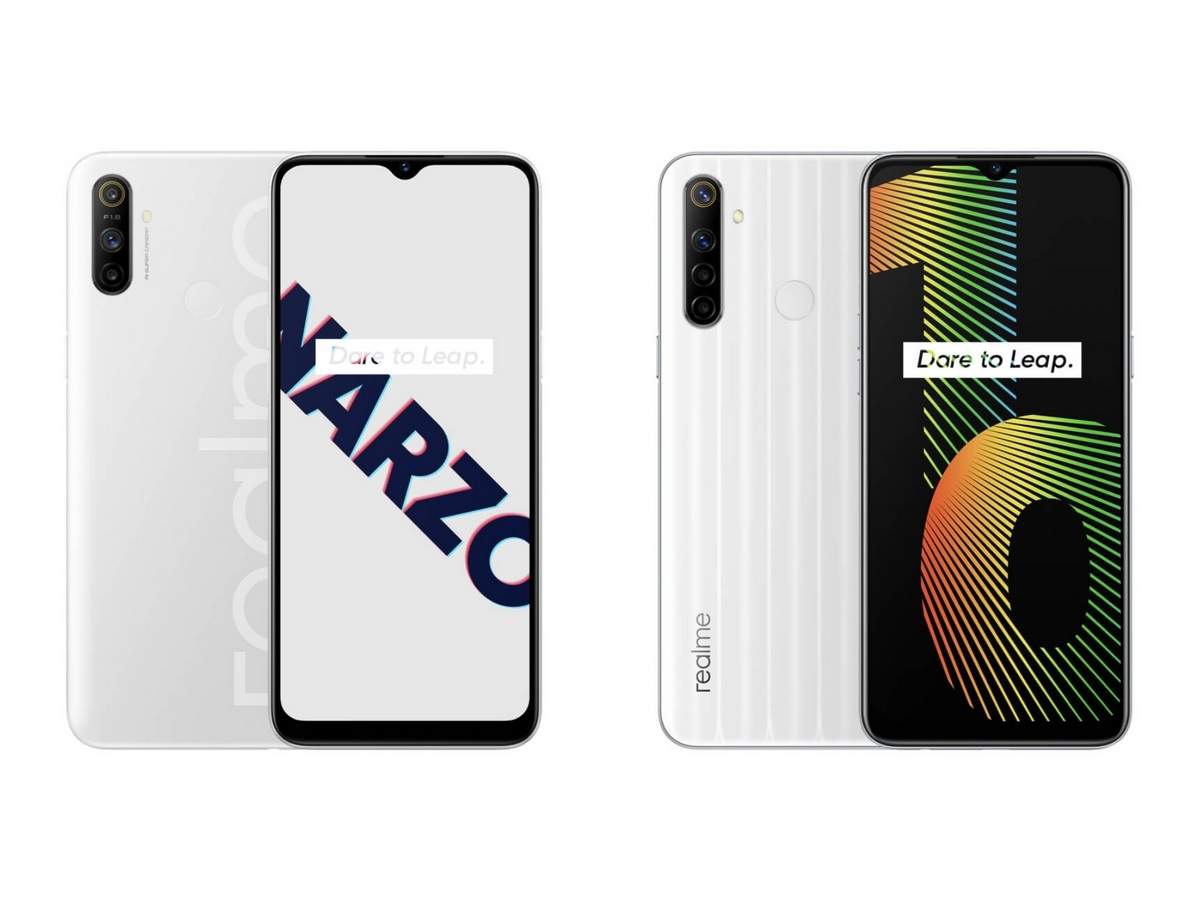 
Both the Realme Smart TV models run on the Android TV operating system and are certified by Google, so buyers can access the Google Play store to download compatible apps and games. The company says that popular video streaming apps like Netflix, Amazon Prime Video and YouTube are pre-installed, but there’s no mention of Disney+ Hotstar. Advertisement
Other highlights of the Realme Smart TV include 24W quad stereo speakers with Dolby Audio support, Wi-Fi, Infrared, Bluetooth 5.0 and more.


The company also debuted its first ever smartwatch in India, the Realme Watch. Priced at ₹3,999, the sports a 1.4-inch colour display and has IP68 rating, which means it is water and dust resistant.

Apart from this, the Realme Watch has a heart rate monitor and supports 14 sport modes, calls and SMS notifications. The company claims that it can last for up to 20 days on power saving mode, and 7 days with heart rate monitoring enabled.
Advertisement

The Realme Watch will go on sale on realme.com and Flipkart from June 5.

Apart from these products, the company also launched the Realme Buds Air Neo at ₹2,999. These truly wireless earbuds support low latency mode and promise a battery life of 3 hours, with the charging case adding another 17 hours.

The Realme Buds Air Neo go on sale at 3 PM in India from today, May 25 on Flipkart and realme.com. Advertisement
SEE ALSO:

Top 6 smartphones launched in India during the coronavirus lockdown