Telecom companies have a penalty of Rs 2,513 crore for violating customer verification norms 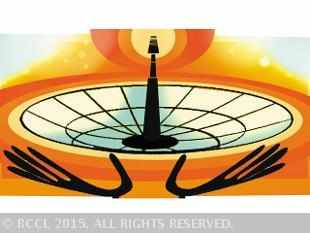 The Parliament was informed today that a total penalty of Rs 2,513.44 crore has been imposed on telecom operators for violating as on September 30 this year.

The random sample customer acquisition form (CAF) verification process carried out by TERM Cells on a monthly basis of each TSP has been done since April 2007.

As on September 30, 2015, a total penalty imposed on different telecom service providers (TSPs) for violation of CAF verification norms is approximately Rs 2,513.44 crore," IT and Communications Minister said in a written reply to the Lok Sabha.

The telecom operators have been mandated by the Department of Telecom (DoT) to carry out an adequate verification process for all customers before enrolling them as subscribers by verifying their identity through ID and address proof.

Advertisement
The Minister said the subscriber verification process has evolved with the passage of time and consequently, the DoT issued various guidelines to telcos for strengthening the whole process.

"The existing instructions on subscriber verification dated August 9, 2012, have been issued by DoT in consultation with the Ministry of Home Affairs," he added.

To ensure adherence to these DoT instructions by all operators, the Telecom Enforcement Resource and Monitoring (TERM) Cells carry out a sample verification of the CAF and related documents of the customers by all operators on a monthly basis, by generating random samples of 0.1 per cent of customer base at the end of each month and cross-verifying the same against entries in the database submitted by telcos.

The sample size for J&K, North East and Assam is 0.2 per cent on a quarterly basis.

"This verification process by TERM Cells brings out non-compliant cases where DoT guidelines were violated by TSPs in acquiring the customer which may include cases where identities of subscribers are not properly verified," the Minister said.

Advertisement
He added the random sample CAF verification process carried out by TERM Cells on a monthly basis of each TSP has been done since April 2007.

As of September 30, out of the total 6.87 crore CAFs audited, 39.04 lakh CAFs were found non-compliant by TERM Cells during the verification process.

"For all cases on non-compliant CAFs, TERM Cells have taken actions which include imposition of penalty and filing of complaints or FIR against apparently forged cases," Prasad said.