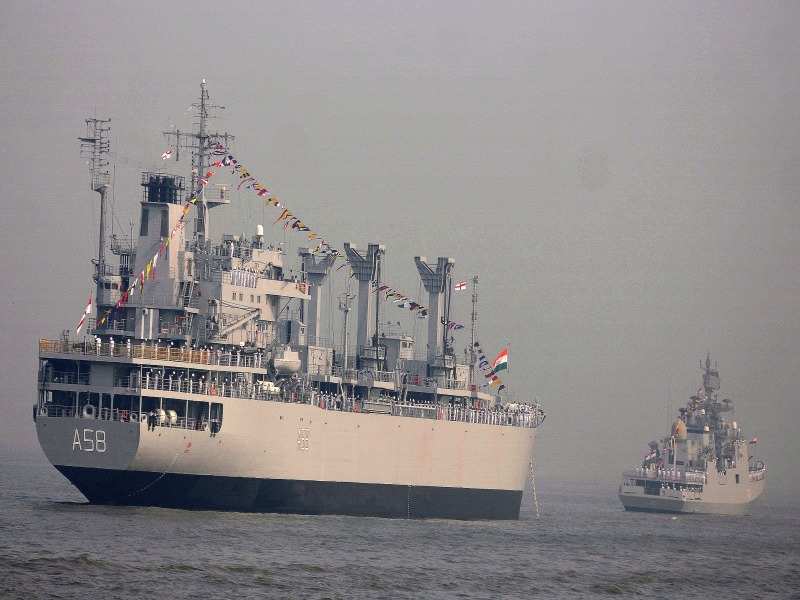 India’s latest maritime strategy document, released by the Navy recently, was noted for its title-‘Ensuring Secure Seas’-which pointed to a clever shift from the country’s hitherto theme, ‘Freedom to Use the Seas’, which was released in 2007.
Advertisement

The tweaked title unambiguously indicated the changing colour and tone of the ’s interests and intentions, considering the changing geopolitical environment and its strategic implications on India’s maritime interests.

It also implied the country’s focus on security dynamics along waters beyond the and its renewed interest in security architecture across the Asia coast, taking into account the rising maritime presence of China is the region.

Three points that highlight the change in India’s naval strategy are that for the first time, the Indian government formally acknowledged the evolving concept of the ‘Indo-Pacific’ with regards to its maritime security. This is a clear deviation from the term ‘Indo-Pacific’, which is preferred by several strategically and politically important countries including the US and Japan while referring to the region in official documents, the lone exception being Australia.

The shift implies that the country is ready to broaden its focus beyond Indian Ocean, take note of security changes along its entire maritime boundaries and re-align its policies based on these developments. This also reinforces India’s resolve to strengthen its role in the evolving maritime security architecture in the region.

Advertisement
Secondly, India is willing to expand the areas of its maritime interest to include The Red Sea, The Gulf of Oman, The Gulf of Aden and The Southwest Indian Ocean, including east coast of Africa. Also, this puts to rest the concerns among friendly nations over the seeming lack of India’s naval and political presence in the South China Sea, against the backdrop of a rising China.

The shift in India’s maritime strategy and policies has made it amply evident via the navy’s engagement under the Modi government. However, hitherto, it has not been any document that detailed this shift. The latest strategy document goes beyond formalising the Indian navy’s thinking and tries to narrate the same without ambiguity.

It also emphases on collaborating with other countries in the region and to build a network of regional cooperation to ensure peace and stability.

In fact, under Modi’s leadership, India has been sending a clear message that the country is willing to play a larger role in the unfolding security architecture in the region. This has been made evident through the joint strategic vision with the US, Japan’s inclusion into the MALABAR exercises, re-engaging with the island nations of the IOR and South Pacific and new bilateral exercises with Indonesia and Australia.

Advertisement
The strategy document has also made a strong pitch for ‘Make-in-India’, advocating enhanced degree of technological self-reliance and increased indigenisation of maritime platforms and equipment.

While the strategy paper spells out India’s maritime interest, according to a section of defence analysts, it falls short of being the visionary document. In a world of growing geopolitical entanglements, the changes outlined in the document are seen by them cosmetic in certain areas. According to them, the document paints a picture of a force that boasts of growing capability and aspirations but conscious of its limitations too.
Notwithstanding the Navy’s role in enhancing diplomatic relationships with neighbours and other peer groups, utilisation of maritime prowess just as a foreign relationship enabler is seen as a limited perceptive. It is true that passage exercises, staff talks, port visits and exchange of personnel are crucial; but they are not a substitute for high-level strategic engagement.

They also highlight the fact that the strategy document fails to paint the picture of China’s growing presence in the Indian Ocean Region. In recent times, China deployed submarines in the IOR and enhanced anti-piracy patrols with the help of additional warships and platforms have acquired a strategic character.

The document also hesitates to dwell enough on the fact that China may be aiming to develop a littoral framework of operations in the Indian Ocean and familiarising itself with the operational environment for the same.

While India may have to work a lot more to overcome obstacles to expanding its global influence as a sea-power, especially as China continues to have an edge as a regional behemoth, its advantage of being an Indian Ocean littoral state will help emerge as a decisive maritime player beyond the immediate neighbourhood.
Advertisement