The Evolution of the Batmobile 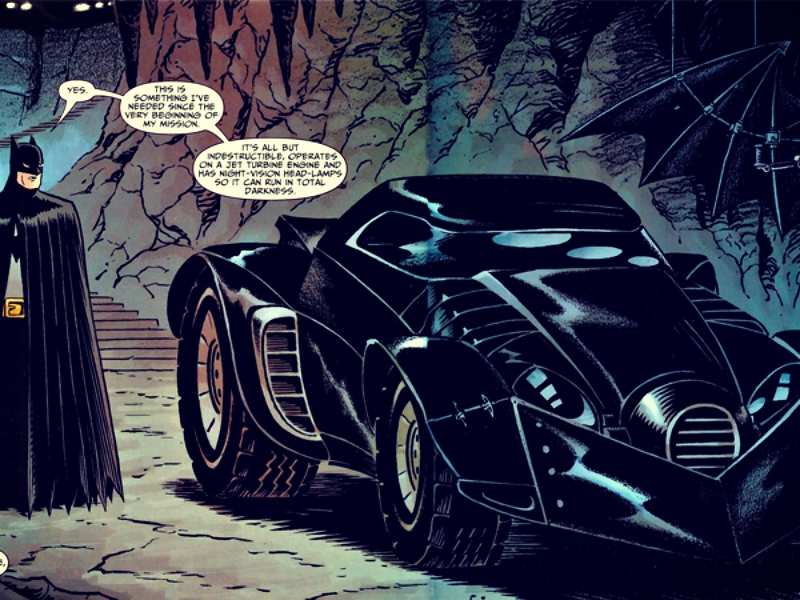 The is probably the most iconic vehicle in cinema. From the converted Ford Lincoln Futura driven by to the beast that was ’s Tumbler, each Batmobile has made an indelible mark on the movie going public.

This video shows how the Batmobile has changed through the years and gives some cool facts about each of the vehicles.

Believe it or not, there’s more to the Batmobile. Each Batmobile is an extension of the Batman that sat behind the wheel. That way we can tell a lot about the from the Batmobile itself.

The first Batmobile to grace our screens was driven by Adam West in the 1966 movie ‘ Batman’. As befits a lighter interpretation of the character, this Batmobile is more fun than intimidating. With fancy red stripes and a space for Robin to sit side by side with Batman, this car looks like would be as good for a nice Sunday drive as it is for fighting crime. It’s certainly not a car we could see any of West’s successors driving.

The next Batmobile was driven by Micheal Keaton, in the Tim Burton directed Batman and Batman Returns. As befits Burton’s take on Gotham, Keaton’s Batmobile looks like it was born in a nightmare. To many this is still the most iconic Batmobile seen on the big screen.

Then came Joel Shumaker and Gotham’s neon years. First there was Val Kilmer’s, perhaps underrated, turn as Batman. And then came George Clooney and his much maligned attempt to play the Caped Crusader. As you might expect from these movies, these Batmobiles are the most flamboyant and colourful Batmobiles in film.

Then came Christian Bale’s Tumbler, which looked like the uncared for love child of a Limbering and a tank that grew up with serious rage issues. Like Bale’s Batman, it is a dark physical screen presence that’s built to intimidate.

This brings us to Ben Affleck’s Batmobile. From what we’ve seen, it looks like this will be a real tank of a vehicle, possibly taking its inspiration from the Batmobile from Frank Miller’s Dark Knight Returns.

This infographic takes you through all of these Batmobiles and provides interesting facts about the vehicles.

The infographic and animation were provided by SELECT CAR LEASING.