The First Look Of PK. Here Is What We Think It Means 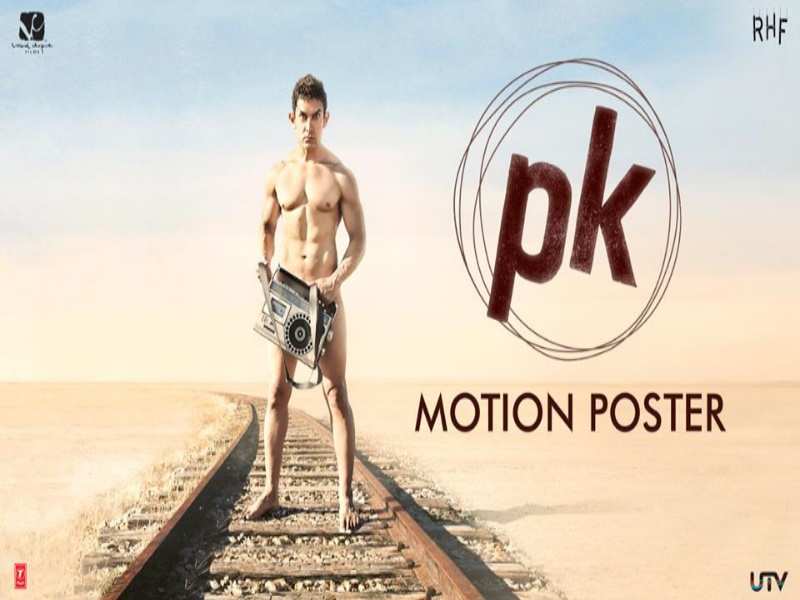 The last movie that he directed changed the way some people look at the Indian education system. Before that, he changed the way the present generation sees Gandhi and earlier, he had successfully changed the way doctors were looked at by the society and vice versa.

is, hands down, one of the most creative and successful directors of the Indian film industry, and we have been waiting for his next venture ever since his last release in 2009.

Five years since, he is ready with PK, starring , Anushka Sharma and Sushant Singh Rajpoot.

The plot of the story is closely guarded by the cast and the crew and no one knows what the story is going to be. The only peep we had in the film production was when Aamir was first seen wearing a long lehenga and then a lot of make-up and beaded neckpieces with lockets of many religious symbols, but rather than helping, these stills only added to the curiosity this perfectionist has built around his character.

Advertisement
As the release date nears, the first official look of the movie was launched 13 hours ago on the official social media channels and on Aamir’s personal twitter handle.

And yes, as the poster shows, you can see Aamir Khan posing nude with a shocked look on his face, and what saves his modesty in this poster is a large radio transmitter that he is holding quite strategically.

After 12 hours of the first still poster, the first motion poster has been posted on the same channels and Aamir has shared the same saying “ Tanik ei dekha!”. In Bhojpuri language, it loosely translates to “have a look at this.”


The reason why the Mumbai-born star used this language, which is primarily spoken in Bihar and Uttar Pradesh, gets clear just as we see the promo, in which his voice can be heard in the background, speaking impeccable Bhojpuri with perfect accent, showing the same ‘nude’ avatar with the transmitter as the strategic companion.
Advertisement

At least we know that his character is going to be speaking in Bhojpuri in the movie.

As to why his character is naked in the first look, Aamir teased the Twitterati last night when he posted that his character can be an Alien! Adi Manav! Drunkard! Just someone who has lost his clothes! [sic]

His character in the motion poster appears out of thin air in the movie, which we think means that he is either an alien or a ghost with some magical powers.

As to the earlier images we had caught of the shooting, the religious symbols Aamir was spotted wearing could be saying something about a message of harmony, or so we think.

In all honesty, Hirani has never ceased to thoroughly entertain the audience while giving us something to think about and we hope that this time too, he maintains the standards or take them to a new height.
Advertisement

The suspense will be released with the movie’s release and we have to wait till 19 th December for that.