Poulomi Das
The 2015 edition of the Google Online Marketing Challenge saw intense competition but the team that emerged victorious ... 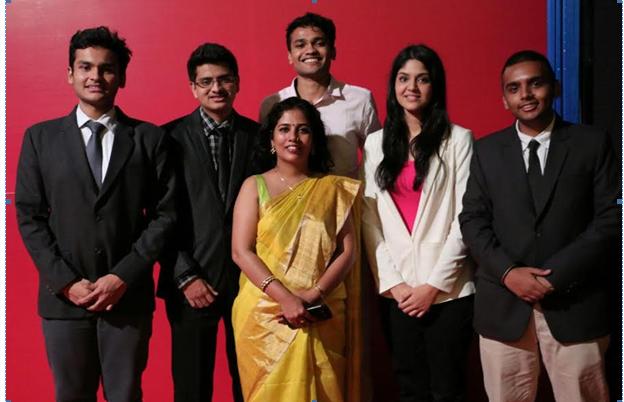 The 2015 edition of the was a tough battle, with more than 10,000 students from over 100 countries participating for the one title that eluded them- being adjudged the Global Winners of the challenge.

However, the team whose campaign was declared the best entry in their first attempt itself, hailed from India.

The second-year students from Mukesh Patel School of Technology, Management and Engineering (under of Management Studies University) chose the Devgad Taluka Mango Growers Society Ltd, which is a growing co-operative society of 700 odd farmers for their campaign.
As a part of the 19-day challenge, provided all participants with advertising credits which were to be used to design online marketing campaigns for any company, brand or non-profit organization chosen by them.

Based on approximately 1,055 keyword searches, the team made a total of 101 ads for the product in order for it to be relevant and reach their targeted audience and as the global winners of the challengers, the team will be making use of their one week all-expense paid trip to California to Google’s US office.

In a freewheeling chat, Business Insider catches up with Agastya Sanjai, the team’s coder and detailer about their journey to the top.

How and when did you and your team start preparing for the Google Online Marketing Challenge?

We started preparing at the end of February this year, starting with team building, learning search engine marketing and search engine optimization from scratch and getting the correct business on board. Once that was done, we then began strategizing on campaigns and our future course of action in the campaign window.
How would you describe the competition?

The Google Online Marketing Challenge is that one competition that helps students understand the online marketing space through experimental learning. It involves running a live campaign with real money for a real business. By the end of the competition one is completely equipped with the knowledge and experience of handling a business online. Being students in the second year of college, that was quite a big leap for us.

What was the idea behind choosing DevgadMango.com for the campaign?

We always wanted to market a seasonal product and recognized that farmers could be one of the biggest beneficiaries of the e-commerce sector and as a result zeroed in on DebgadMango.com, which was one of the early adopters of the advantages of online marketing.
Technology can truly help people from the remotest parts of the globe to advance both economically and socially, and Omkar Sapre, the Chief Marketing Officer of comprehended that earlier on, and we just wished to help him in his efforts.

How long did it take your team to finish the campaign?
It took us a total of about four months to see to it that the campaign comes to a close. The unending hours in those four months included learning the basics of online marketing, approaching a client, conducting the campaign itself and finally writing/submitting our reports to Google.

What were some of the hurdles faced by your team during the course of the campaign?

Undoubtedly having to manage our hectic college schedules and coursework was one of the greatest hurdles we faced in terms of the amount of effort we could put in. We would usually end up working on our campaign late into the night.

Coming to the business side, sporadic showers in Maharashtra in the months of March and April caused lots of crop diseases (such as the Anthracnose virus attack) which led to the plummeting of the price of mangoes and additionally spoilage rates increased drastically. This turned out to be a headache when we realized there could be a possibility that we might not have enough stock at our end to dispatch.

Moreover, being fresh entrants into the advertising space, competing against existent and new industry players with large ad spends, pushed us to work harder towards ad content creation and use tactics such as flash campaigns.
Could you familiarize us with the results of your campaign?

Our campaign helped boost sale of Devgad Alphonso mango to nearly 4,200 dozens in April this year, which is almost 15% more when compared to last year.

In terms of revenue, the mango growers' cooperative in Devgad, Sindhudurg district earned almost Rs 42 lakh in one month, registering a 25% boost over the same period in 2014.

There was also nine times the return on the amount we initially spent, apart from orders from new customers residing in 20 states, outside of Maharashtra.

How excited is your team for the trip to California?
We have scheduled the trip to California for January end, 2016, keeping our college schedules and exams in mind. Belonging from an Engineering and Management background, it is everybody’s dream to visit the , especially the Google Headquarters in Mountain View. We are extremely excited about the trip!