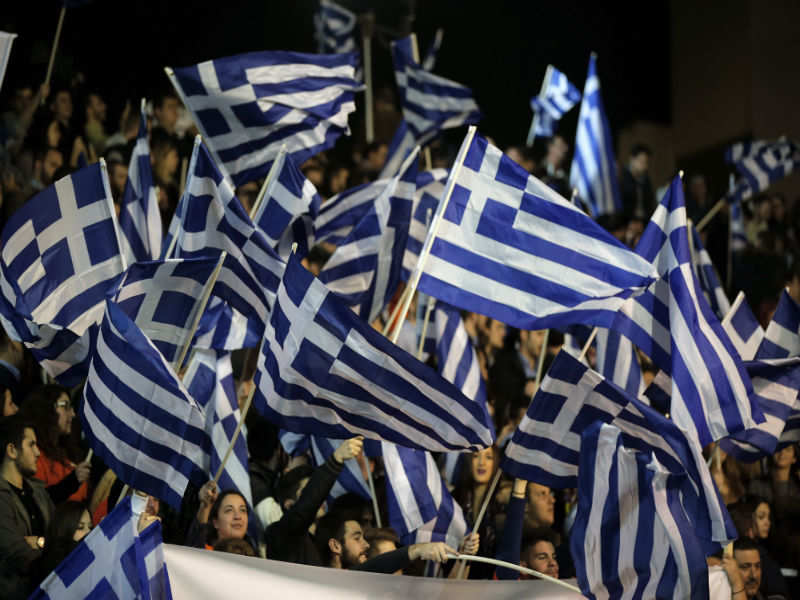 The vote has now put global financial markets on tenterhooks as they await either debt-laden 's exit from the and perhaps heightened volatility in financial assets. Meanwhile, the Euro fell against the Dollar in spot trade. Asian stock futures slid in trade while Gold futures rose in safe haven buying

``The mandate that you have given me does not call for a break with Europe, but gives me great negotiating strength,'' Tsipras tweeted after 61 percent of the votes were against more austerity in a nation whose has shrunk by a fifth in the last five years and unemployment is a high 25 percent. Greece failed to make a $1.7 billion payment to the IMF earlier this week, putting the nation technically in a default. Tspiras called for a referendum on July 5 against making further payments and negotiating a better deal with the EU.
Advertisement

Indian markets are likely to see a gap down opening in early deals as stocks give a knee-jerk reaction to the vote. Foreign investors are likely to book more profit on Indian stocks as our market have been relatively more resilient to the Greek-EU crisis compared with Chinese and Japanese markets.

The Nifty may see support coming in from domestic financial institutions who often use periods of crisis to buy quality blue chips at lower prices.

Meanwhile, French and German heads of states have called an emergency meeting of the 19-nation European Union to discuss further measures against Greece, whose banks have little or no cash to give out to depositors and businesses and its economy is in a downward spiral.
Advertisement

``Our immediate priority is to restore the banking system,'' Tsipras told supporters after the counting was over. ``I am confident that the ECB fully realises the humanitarian side of the crisis in our country.''

``The ECB may not want to see the Greek banking system go down in flames overnight -- before some sort of smoothing exit arrangements can be made that could enable Greece to have a decent survial chance outside the Euro,'' , professor for Finance at New York's Stern School of Business, said. `` May be a 30-day line of credit to enable the banks to reopen, and to see for sure whether Greece is going to leave the Euro or not.''
Advertisement


(image credits: prospectmagazine)
NewsletterSIMPLY PUT - where we join the dots to inform and inspire you. Sign up for a weekly brief collating many news items into one untangled thought delivered straight to your mailbox.
CAPTCHA: