The inspiring story of curry-king Laxmishanker Pathak, who worked as a sweeper and went on build the largest Indian food empire in Britain 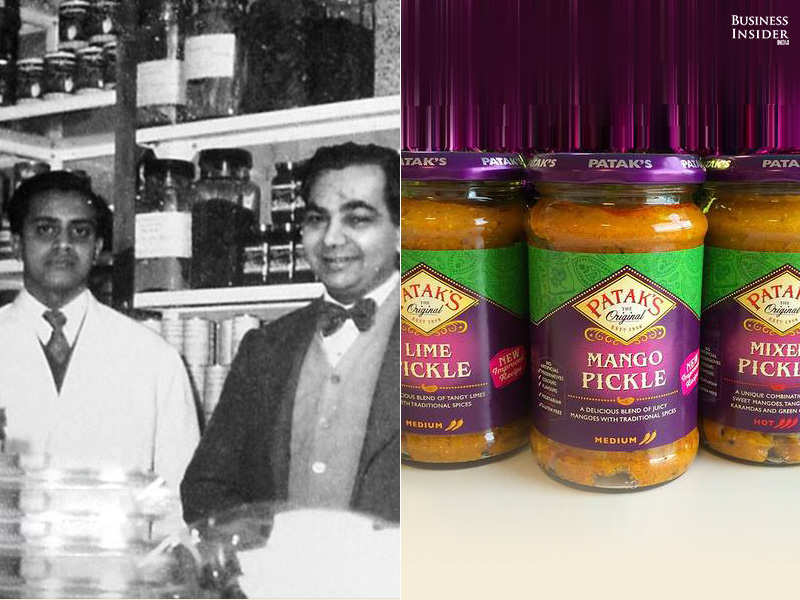 The inspiring story of curry-king , who worked as a sweeper and went on build the largest Indian food empire in Britain

Laxmishanker Pathak and his wife are not alive today but their story of how they built a food empire in Britain remains one of the most inspiring tales.

Both started a food revolution of sorts and made Indian cuisine one of Britain&rsquo;s favourites. Presently, their food brand-Patak&rsquo;s- is Britain&rsquo;s biggest Indian food brand.
Advertisement Ironically, when they moved to London in 1956, all they had was 5 euros.

Laxmishanker Pathak&rsquo;s family was living in abject poverty in a tiny village in Gujarat. They left India and moved to Kenya, where he married Shanta Gaury Pandit. Soon, they were blessed with four sons and two daughters. Due to the Mau Mau insurgency, they left Kenya and eventually arrived in London in 1956. The Mau Mau Revolt, also known as Kenya Emergency, was a military conflict that took place in British Kenya between 1952 and 1960. It involved Kikuyu-dominated groups summarily called Mau Mau, the white settlers, and elements of the British Army, including local Kenya Regiment, mostly consisting of the British, auxiliaries, and anti-Mau Mau Kikuyu.

Advertisement
When the couple and their children arrived in London, all they had was &pound;5 and a life insurance policy.

After running from pillar to post looking for a job, Laxmishanker got a sweeper&rsquo;s job in London. The salary he got was not enough to feed the family.

The food became a rage in London and the word spread. Laxmishanker and his wife worked day and night cooking and selling the savouries around London&rsquo;s Indian community.

Their six-year-old son Kirit joined in, running small errands for them.
Advertisement By the late 1950s, they managed to open a small shop. However, the journey was not easy at all. Their neighbours complained, bankruptcy struck, but the family did not deter.

Soon, they started selling pickles and chutneys too.

How Patak&rsquo;s was founded
Advertisement In 1972, the British set up refugee camps for Ugandan Asians expelled by its dictator, Idi Amin. Lakshmishanker knew the refugees would be nervous and hungry.

He persuaded the army authorities to let their company, Patak&rsquo;s (he dropped the &ldquo;h&rdquo; from the company name to avoid confusing the British), feed them in lieu of printing and distributing information in Hindi to educate the new refugees about the British way of life.

The couple passed on the business to their son Kirit and now along with his wife, he has added new dishes to the already prolific list.

The Pathaks also established a charitable foundation and donated millions of pounds to health and education programmes in both India and Britain.
Advertisement Laxmishanker passed away in 1997 while Shanta died in 2010.

But, Patak&rsquo;s is still going strong. They supply curry pastes, chutneys, pickles, etc to nearly 90% of Britain&rsquo;s 10,000 Indian restaurants. The company supplies curries, sauces, pickles and breads to more than 40 countries, even India. Patak&rsquo;s has a turnover of around &pound;55 million.

Next StoryThese happiness quotes will boost you up throughout this year
Popular on BI
1
Foreign investors reduce their India bets by 75% after investing over ₹20,000 crore earlier in June
2
Ten charts that show the recovering parts of the $2.7 trillion Indian economy
3
INTERVIEW: Shaaz Jung opens up about the blood, sweat and years behind the viral images of a rare black panther
Latest Stories
Trending News
These happiness quotes will boost you up throughout this year
This guy lost 23 kilos in 9 months. His diet included cheese omelette and paneer sabzi cooked in desi ghee!
A French prisoner lodged in UP jail made a Taj Mahal model with 30,000 matchsticks for his wife
COVID-19IndiaCases: 742kDeaths: 20.6kRecovered: 456k
COVID-19WorldCases: 11.50MDeaths: 535kRecovered: 6.42M
COVID-19USACases: 2.87MDeaths: 129kRecovered: 936k
COVID-19Access our Live Coverage
Popular Categories
Trending Right Now
More from our Partners