The past is the future 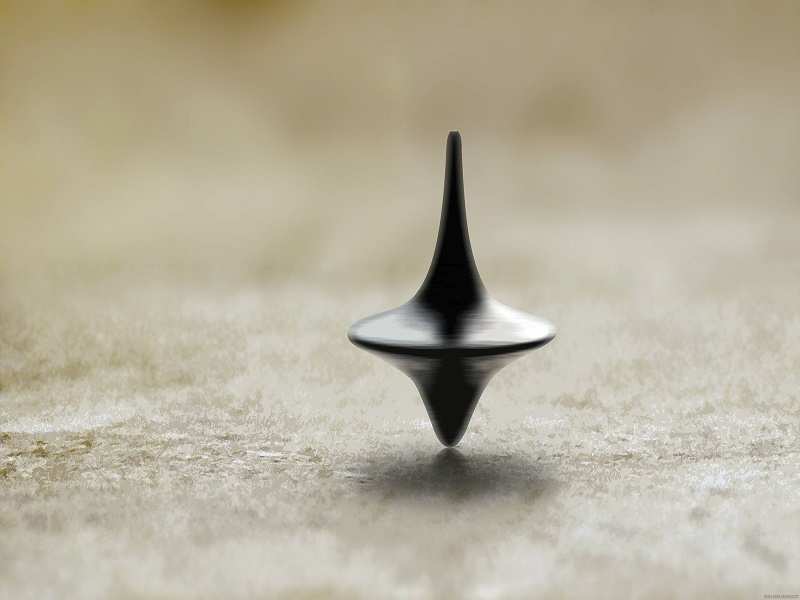 Advertisement
A leading media group recently reached out to us with an interesting question:

What is the future of (VC) Investing?

There is an Inception-like quality to this question that I found particularly intriguing.

One of the more obvious, and yet under-appreciated, aspects of a VC’s job is that we are constantly predicting (or trying our best to predict) the future.
Advertisement

In the vast majority of cases, these “predictions” go spectacularly wrong.

That might be because we aren’t as good at predicting the future as we would like to believe, or maybe it is because the future is, by design, unpredictable, as Nassim Nicholas Taleb posited in The Black Swan.

However, that might be hard for the followers of Nostradamus to accept. After all, many credit the 16th century prophet with predicting world events as significant as World Wars, the rise of Napoleon and Hitler, and even, believe it or not, Facebook.
Advertisement

If even a fraction of his predictions are legitimate, or can be attributed to skill, Nostradamus would make a damn fine VC. 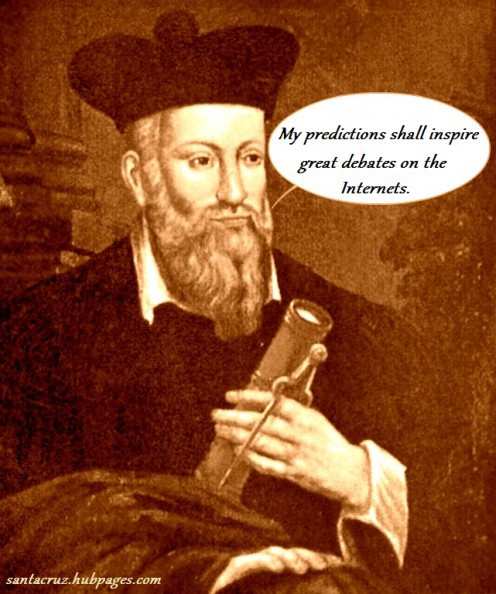 Recently, I was watching a documentary that claimed that Nostradamus’ “predictions” were nothing more than a retelling of past events. It proposed that Nostradamus believed in Historic recurrence, the concept that similar events and patterns keep repeating themselves over time.

As Niccolò Machiavelli, one of the greatest writers of the Italian Renaissance era wrote in his Discorsi :
Advertisement

“ Whoever considers the past and the present will readily observe that all cities and all peoples… ever have been animated by the same desires and the same passions; so that it is easy, by diligent study of the past, to foresee what is likely to happen in the future in any republic, and to apply those remedies that were used by the ancients, or not finding any that were employed by them, to devise new ones from the similarity of events.”

In other words, the Past is the Future.

How might such a thought be useful for us if to we are to attempt even a guess about what the future holds for the VC industry ?

In many ways, VC investing today shares similarities with where stock market investing was in the 1950s.

The 1950s was a time when stocks were still a relative novelty and the transaction process was time-consuming and expensive, besides being largely under the control of brokers.
Advertisement

The extent to which the penetration of stock market investing has grown can largely be attributed to three factors :

Reduction of the cost and time taken to invest

Reduction of the information asymmetry between buyers and sellers

Today we find ourselves in a time when a significant proportion of consumers are either already stock market investors, or are considering entering the market, even if it is with a small starting position.
Advertisement

But regular stock market investing is still primitive in comparison to algorithmic trading, and in particular, high frequency trading, both of which refer to the process where trades are automated, executed and turned around real fast, and are driven by automated processes.

To appreciate what this means, consider this:

Not only are stocks being held for no more than 16 seconds, the software’s decision to buy or sell a stock is made in less than 10 milliseconds. Some say it’s as fast as half a millionth of a second — that’s more than a million times faster than the human brain can process a decision.

High Frequency Trading already accounts for more than 50% of all stock trading volume in the US.

It is no longer the future.
Advertisement

If anything, it is the past and the present.

The possibility that VC is heading in the same direction might not be a ludicrous one to suggest.

After all, we already have an Artificial-Intelligence (AI) powered VC firm. 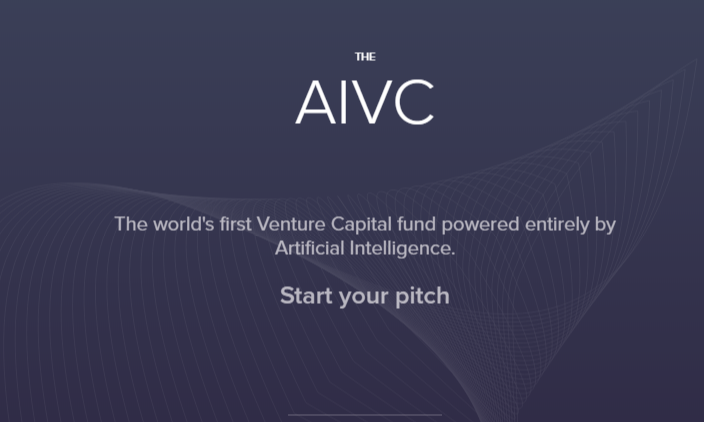 (Spoiler Alert : Don’t get your hopes high, at least not yet)

Shouldn’t we be celebrating how technology is making investing a more convenient and presumably, more intelligent process ?

Ivan Lo has some pretty grim prophecies over trading being taken over by software :

“The world is literally on the brink of a financial collapse and we have software programs running and gauging our day-to-day markets. It’s a scary thought.
Advertisement

Software programs have bugs. At any given time, the wrong input our output could cause catastrophe. I am sure everyone has had their computer crash or had some kind of weird malfunction with a software program before. Imagine when it happens with software trading programs that control billions of dollars worth of wealth — ie. flash crashes.”

If you think such dire predictions have no precedent in the world of investing, think again.

Long Term Capital Management (LTCM) began in 1994 with a team that included Nobel laureates and a game-changing quantitative investment model that returned 21% in the first year, 43% in the second year, and 41% in the third year.

So how can we use technology in a way that helps us and yet saves us from a potential (inevitable?) implosion ?
Advertisement

Think of a time when the prevalent transportation solution takes the blame for urban pollution and congestion and exacerbates housing woes.
If you are thinking of the present times and fossil-fuel based transportation, think again.

I am talking of 19th Century London and New York. And Horses.

I first read about this problem in Superfreakonomics (And for those interested, it makes for an absorbing read), described in the book as one of “Horse Manure”.

To appreciate what this problem was, imagine travelling back in time to 19th Century London and New York. The most dominant technological solution and one which require little/no human effort was horses, or vehicles that ran on horses.Everything was transported by horse-drawn vehicles of one kind or another — people, goods, food — everything.

Advertisement
Why would that be a problem though ?

As Donna Laframboise puts it,

“Horses are lovely animals, but when crowded into cities they cause a variety of problems. The 15 to 30 pounds of manure produced daily by each beast multiplied by the 150,000+ horses in New York city resulted in more than three million pounds of horse manure per day that somehow needed to be disposed of. That’s not to mention the daily 40,000 gallons of horse urine.”

But that was not all.

In 1894, the Times of London estimated that by 1950 every street in the city would be buried nine feet deep in horse manure. One New York prognosticator of the 1890s concluded that by 1930 the horse droppings would rise to Manhattan’s third-story windows.

So what saved us from drowning in Horse manure?

Superfreakonomics believes it was the adoption of the automobile. While that is an elegant and largely correct answer, I believe credit is also due to a more humble missing link : The Bicycle.

Mass-produced automobiles could only be used if there were smooth, paved roads on which they could be driven.

Advertisement
And what triggered the decision to produce such roads ? You guessed it — Bicycles.

How bicycles might have contributed to cleaning and decongesting urban centers is not a very difficult thing to explain. Bicycles are pollution-free and because they became the first ubiquitous transportation solution (Everybody could afford a bicycle), they allowed people to live further away from city centers in less densely populated and more affordable areas.

Should we be surprised that all these problems were solved by a technological innovation (The bicycle) that actually increased the extent of physical human exertion during travel ?

Advertisement
What would our history lesson on horses and bicycles have to do with investing ?

I decided to ask Google who the best investor in the world is, and the response wasn’t a surprise :

I see poetic beauty in the fact that by popular opinion, the gold standard of investing today continues to be Warren Buffet, an individual who has been investing since the 1940s and 1950s.

One of the defining qualities of Warren Buffet’s investing style, popularly called ‘Value Investing’, is Patience — A distinctly human quality (Albeit a rare one), and a clear anti-thesis of High-frequency trading.

Advertisement
Warren Buffet’s example is something all VCs, whether current of aspiring, should constantly remind themselves of.

In all likelihood, the future will be a time where millions of people will be eligible to call themselves Angel Investors and will directly compete with for access to deals. AI systems will reach a stage of maturity when they are able to analyze early-stage private companies and give us a direct recommendation on whether to Buy or Sell (Much like similar systems exist in the public markets today).

It might also be reasonable for us to speculate that such AI systems will be able to predict the next “hot” business model to invest in.

However, the best VCs will continue to be defined by a uniquely human power, their ability to make sense of the indecipherable : The -X-Factor that defines the best entrepreneurs.

For all the advances in technology and learning systems, identifying a truly remarkable entrepreneur will remain one of the final frontiers that technology might not be able to conquer.

Advertisement
The vast majority of decisions made by will largely be driven by machine recommendations, the sort of decisions that attract a consensus.

The best VCs though, will differentiate themselves by backing their conviction in exceptional Entrepreneurs that have crazy ideas, even when such decisions conflict with a machine-driven recommendation, and be patient enough to not act on market speculations.

In most cases, such ideas are too crazy and hare-brained for AI systems to understand (Which, is a rather beautiful irony).

About the author: Shubhankar Bhattacharya is a Venture Partner at Kae Capital, an early stage VC fund. He can be reached via his LinkedIN profile.